By Mike Torpey on 2010-02-16 - Driving Force news editor and responsible for organising our daily output. He was staff motoring editor of the Liverpool Echo for 20 years. 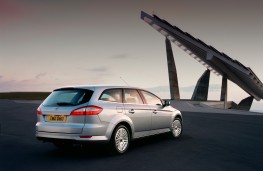 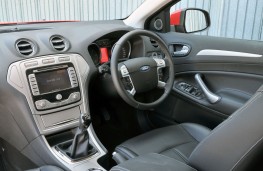 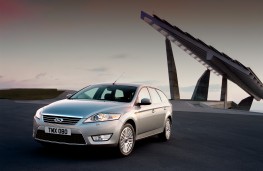 THE green buds of environmentally responsible driving continue to sprout and in the latest addition to its Mondeo ECOnetic line-up, Ford has come up with a cracker.

The 2.0-litre 115PS model is the company's lowest CO2 emitting Mondeo yet, belching out just 139g/km of fumes.

That's a boost to business users as the big estate drops from a 20 to 18 per cent tax band while private buyers can expect to pay Â£120 a year in excise duty.

Rather than stripping things down to the bone, Ford has achieved these greener credentials through low rolling resistance tyres, sports suspension to improve the aerodynamics, air deflectors, rear spoiler, a gearchange indicator and six-speed transmission.

It all adds up to official average fuel economy of 54.3 miles per gallon - I got closer to 48 - adequate acceleration and the potential to complete 800 miles on a tank of fuel, though 75 per cent of that figure is more realistic.

And while going green can invariably see you tumbling into the red, that's not the case here either as the ECOnetic estate actually costs less than stablemates like the 140PS 2.0 TDCi and only Â£800 more than the less clean 1.8 diesel model.

Worries that the ECO thing may compromise the driving experience shouldn't be an issue because this Mondeo drives and performs with trademark Ford panache.

Diesel clatter is kept to a minimum and while no flying machine it's a very capable performer that only feels underpowered when you floor the throttle.

For everyday motoring it offers a composed ride, is very agile for a full-blown estate, has nicely responsive steering and a slick gearshift.

But it's a car that comes into its own on the motorway where the Mondeo feels so relaxing to drive.

Step inside the cabin and the initial feeling is one of size - you are left in doubt that this is a very large car.

From the front and rear passenger space to a boot the size of a small warehouse, there's no doubt you could shift the kitchen sink if required.

And while prices aren't cheap, the overall build, fit and finish of Mondeo models are now more in keeping with cars from the executive sector.

In fact Ford is the only car manufacturer to use a robot, known as RUTH - short for Robotized Unit for Tactility ad Haptics - to test the feel and appearance of switches and surfaces in its vehicles. 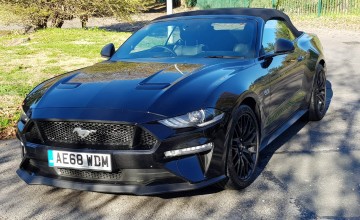