By Mike Torpey on 2010-04-13 - Driving Force news editor and responsible for organising our daily output. He was staff motoring editor of the Liverpool Echo for 20 years. 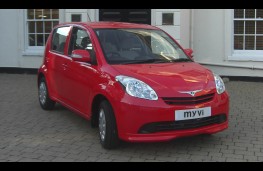 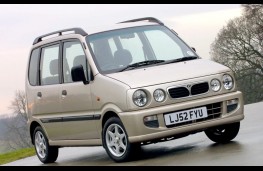 FIRST there was scrappage now it's swappage, and among manufacturers offering new car discounts for trade-ins is Malaysian company Perodua.

The car maker has introduced a £1,000 swappage allowance for customers buying a Myvi or Kenari model, meaning a new Perodua can be bought for £5,799.

There are no restrictions to the age or condition of the vehicle to be exchanged and the minimum trade-in price is Â£1,000 - even if it's a worthless old banger.

Under the scheme, which will continue until the end of July, a Perodua Kenari city car - with electric front windows, central locking, power steering and metallic paintwork all as standard - costs Â£5,799.

Those looking for low cost motoring with a higher specification can opt for the Myvi supermini at £6,799.

You also get body coloured bumpers, door handles and mirrors with integral indicators and the Myvi is available in a choice of free metallic paint and high gloss finishes.

Perodua is celebrating the most successful March for several years as registrations increased by an impressive 114.5 per cent compared to the same month last year - the second largest percentage increase in registrations across manufacturers in the UK market during the month.

Myvi has had the most impact, with registrations up by 133.9 per cent.