By Mike Torpey on 2010-06-16 - Driving Force news editor and responsible for organising our daily output. He was staff motoring editor of the Liverpool Echo for 20 years. 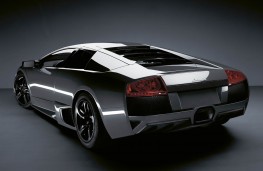 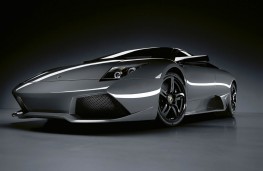 ONE of the most exotic looking models in the world has been named as the Least Green Car of the Year 2010.

So hang your head in shame the Lamborghini Murcielago, a car that according to the Environmental Transport Association, emits the CO2 equivalent of chopping down a football pitch-size forest every year.

The sexy-looking £222,000 Lambo belches out exactly five times more CO per kilometre than the car named Green Car of the Year, the 99g/km Toyota iQ which over a year of driving emits CO equivalent to that absorbed by three tennis courts of trees.

The ETA examined more than 5,000 car models and compared their power, emissions, fuel efficiency and the amount of noise they produce to create a definitive guide to buying the greenest vehicle.

Andrew Davis, director at the ETA, said: "With emissions five times worse than the greenest car, the Lamborghini is the bull in an environmental china shop.

"Thankfully, there are very few on the roads and there is an increasing choice of environmentally-sound cars."

"With the price of petrol at record levels and greater understanding about the threat to the environment there has never been a more important time to make fuel efficiency a deciding factor when choosing a car."

The Green Car Awards saw the Honda Insight 1.3 take the greenest small car category while the VW Golf 3.2 V6 was humbled as the least green.

In the supermini category top place went to the Toyota Yaris 1.4 D-4D, the Renault Clio Sport 200 shamed as the least green and Toyota were on the mark again with the iQ in the city car section, least green being the Ford Ka 1.6 Sportka.

The sports car category went to the Vauxhall Tigra, the Lambo being shamed, while greenest MPV was the Peugeot Bipper Tepee, the Mercedes R63 being least green.

Among small MPVs the Renault Modus 1.5dci was deemed the cleanest with a thumbs down for the Vauxhall Zafira VXR 2.0i Turbo.

Greenest off-road car was BMW's X1 E84, least green being the Mercedes ML63, and the greenest luxury car was the BMW 740d. Least green was the Bentley Brooklands.