By Enda Mullen on 2010-10-17 - Enda is a business reporter for the Coventry Telegraph and is also the motoring editor for the Solihull News. He covers the Midlands automotive industry and in particular Jaguar Land Rover and Aston Martin product launches. He is a renowned automotive commentator. 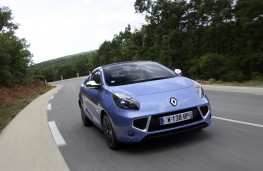 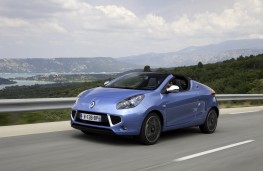 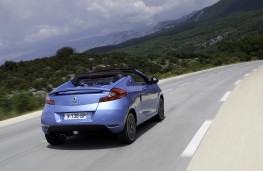 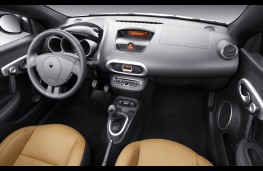 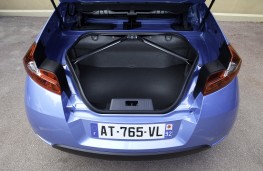 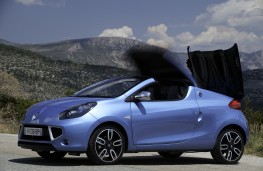 IF your budget won't stretch to a luxury sports car then a more modest roadster is probably just the ticket.

And arguably they don't come much better than the Renault Wind Roadster.

This new addition to the Renault line-up is an impressive little two-seater that looks sure to make quite a splash.

It's an eye-catching creation that stands out from the crowd with a profile that's reminiscent of the classic Lotus Europa.

It's described as a coupe-roadster, meaning that in addition to offering open-top motoring it also boasts the benefit of a retractable rotating hard top, that takes just 12 seconds to open or close and doesn't impinge on precious boot space..

Best of all though is the fact that you can get one powered by a 1,150cc engine that almost miraculously manages to deliver a decent and genuinely sporty drive too.

There are two engines available, a more potent 1.6-litre delivering 133bhp, that's also to be found in the Twingo Renaultsport, but it's the little turbo-charged 1.2-litre TCe 100 that will undoubtedly prove the bigger seller.

I confess I was expecting it to be somewhat pedestrian rather than pokey but it proved a real eye-opener and I was pleasantly surprised at just how good it was.

Then again one might expect a company with the sporting heritage of Renault to eek out every possible bit of performance from an engine and here the tuning is a revelation.

Okay, it's the sort of car that might start to run out of puff on a track, but it has essentially been designed with everyday motoring in mind. Certainly whizzing around some of the uncongested leafy Leicestershire lanes where I got to put it through its paces it felt great.

In part this is down to a decent power to weight ratio (the TCe 100 weighs just 1,131kg) but the fact it sits so close to the ground really enhances its go-kart like feel.

It goes round corners well and has a very light and nimble feel, even if the on-paper performance figures aren't going to set hearts racing.

Best of all it returns 44.8mpg on the combined cycle.

The more powerful version will take you from 0-62mph in 9.2 seconds and on to a top speed of 125mph. Economy is still decent, with a combined cycle economy figure of 40.3mpg.

There are three trim levels - Dynamique, Dynamique S and a limited edition Collection model that features unique styling and equipment.

The cockpit-style interior works well and the sports seats with integrated headrests offer a good combination of support and comfort.

Fun and funky, its special selling point will probably be the fact it manages to appeal equally to both male and female buyers. 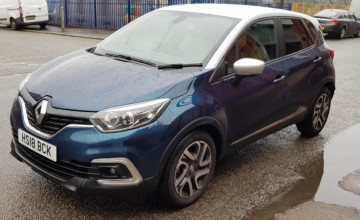