By Edward Stephens on 2011-06-07 - Edward edits the motoring pages of the Birmingham Mail and Birmingham Post as a freelancer after more than 35 years on the staff. Also writes on motoring for various other newspapers, trade magazines and well known websites. 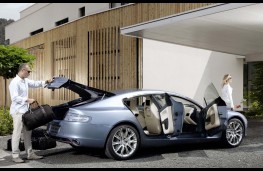 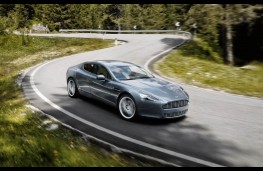 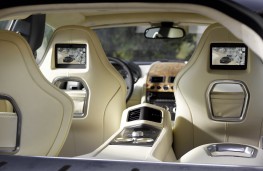 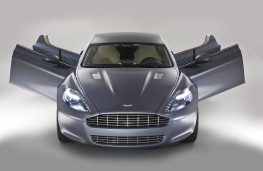 AS a typically British marque with strong associations with James Bond perhaps I shouldn't have been surprised at the voice giving me directions from the satellite navigation system on this Aston Martin.

Unlike the voices on every other sat nav system I have ever used this one was distinctly upper crust with decidedly clipped vowels.

But if a car has a price tag approaching £150,000 I suppose it deserves to have a voice that sounds that little bit superior.

But it's not just the sat nav that's special on the Aston Martin Rapide. The car is a product which makes you proud to be British.

The Rapide is the first four-door, four-seater production car that the company best known for its two-door sports cars has built.

James Bond hasn't been directly associated with this particular model, but I've no doubt he would like to be.

The nice thing about the Rapide is that while it will take four people in comfort it's equally as sleek as the two-seater Astons. Okay it's longer but from the front you would be hard pressed to tell it was designed for the family.

It's pure elegance on wheels. An art form with an engine. The Rapide is certainly a car that you buy with the heart as much as the head.

Inside too the Rapide is not like any conventional four seater. Take a look in the rear and you will find two very distinctive, individual leather seats - to match the front sports seats - each in their own sub divided section of the cabin. It's just like being in the first class section of an aircraft.

From the driver's seat the outlook is also different. The car has a six-speed automatic gearbox but there is no gearshift. To put it into drive, park, reverse or neutral you simply push one of the appropriately marked buttons on the dashboard.

To start the car you ease the personalised Aston Martin key fob, with its winged badge set in perspex, into a slot in the dashboard and the giant 6.0-litre V12 roars into life. And I do mean roars.

That split second of starting before the engine settles down makes everyone within earshot - which covers some distance - look round in awe.Pull away and while the Rapide is very civilised there is that distinct feeling of it wanting to go.

On the road, however, it's perfectly happy to crawl along in the heaviest of traffic, unlike some supercars.

The automatic gearchanges are seamless, giving superbly smooth motoring. But for real action you can change gear using the paddles on each side of the steering wheel or just push the sport button on the dashboard - and prepare for a thrill.

The sport button gives you sharper accelerator respone, ensures the car holds onto each gear longer and gives you an awesome sound from the twin exhausts.

Combine its use with firming up the suspension - again via a dashboard button - and you have a real tour de force.

The acceleration is breathtaking, the road holding sublime and the enjoyment explosion is off the Richter scale. 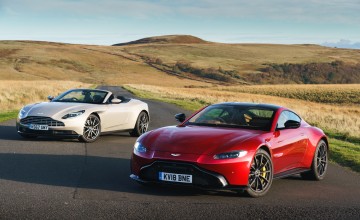 BACK in 2015 Aston Martin announced its Second Century Plan, a programme to...