By Patrick James on 2011-06-19 - The author has been a motoring writer for more than 16 years. Formerly motoring editor at the Coventry Telegraph, he now produces motoring copy, on new car launches and road tests on a freelance basis. 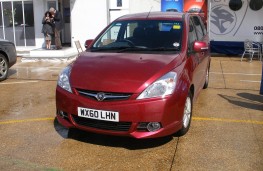 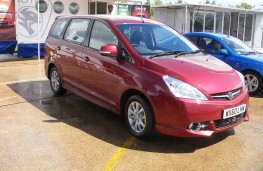 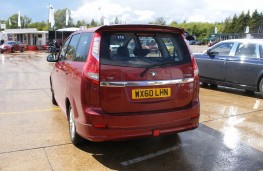 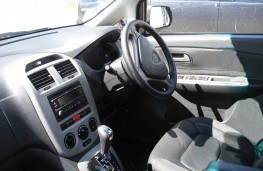 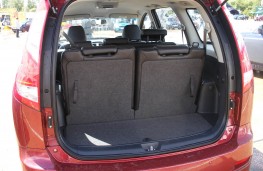 WE have already grabbed a drive in Proton's new seven-seat mini MPV, the Exora.

Designed to take on the likes of the Vauxhall Zafira, the new Proton will be aggressively priced, at around £13,000, much cheaper than anything in its segment, and will be pretty lavishly equipped.

Like most MPVs, the Exora, which is alrerady on sale in Proton's Malaysian home market, it has not been designed for its looks, but definitely its practicality.

Having said that, it is quite a sleek offering and looks more expensive than the proposed price.

A short drive of the car in its Malaysian livery proved a surprising affair.

Powered by a 1.6-litre petrol engine mated to an automatic gearbox it proved a lively drive. The engine develops 125bhp giving it a top speed of just over 100mph with 0 to 60 acceleration of around 14.5 seconds.

Fuel consumption is in the region of 40 to the gallon.

On a challenging city circuit the handling acquitted itself well, with little evidence of wallowing which is often apparent in vehicles of this type.

It will feature good levels of equipment and a choice of petrol and diesel engines when it goes on sale next year.

The main target market will be Motability customers but Proton is looking to up its profile with sale conquest among private buyers.

The Exora faces steep competition, there will be a hell of a lot of practicality and space for a bargain basement price.