By Maxine Ashford on 2011-07-03 - Maxine has been a journalist since the late 1980s and for the past 13 years has specialised in motoring. Former motoring editor at Media Wales responsible for the Western Mail, South Wales Echo, Wales on Sunday. Freelance since 2009, Maxine loves cars but not quite as much as rugby! 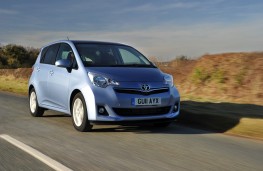 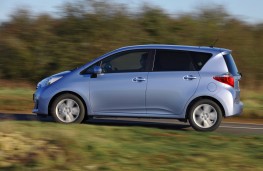 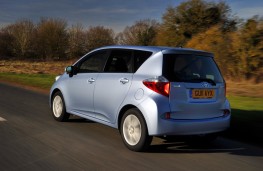 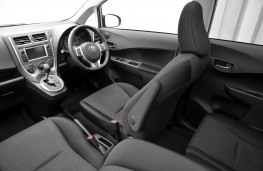 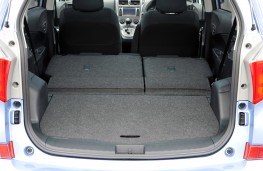 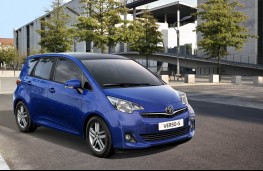 TOYOTA has a knack for producing vehicles that are outstanding value and the Verso-S is another prime example of this.

The mini family hatchback has plenty of appeal both inside and out with its smart alloys, tinted windows and massive panoramic roof complete with electric sunblind.

Its upright design means all occupants - front and rear - are treated to plenty of head and legroom and the cabin has an extremely light and spacious feel thanks to that sunroof.

All controls and dials are ideally positioned for ease of use and there's a host of creature comforts packed into the car such as the Toyota Touch Multi-media system, steering-wheel mounted controls, air conditioning, Bluetooth connectivity and plenty more besides.

In and around town, the Verso-S was great fun to drive thanks to the excellent all-round visibility. In addition, parking was simplified with the aid of a colour reversing camera.

Out on the open road, the top-of-the-range T Spirit model easily held its own with faster moving traffic although I did find it was pushed around a bit in windier conditions. This is down to two factors. Firstly, the vehicle's high sides and secondly, the Verso-S is the lightest vehicle in its class.

The 1.3-litre petrol-powered engine delivered ample oomph as and when required, and the acceleration through the six-speed manual transmission was both smooth and responsive.

Another plus factor for the Verso-S is its versatility. The boot area is quite a good size but can quickly and easily be expanded thanks to split-folding rear seats.

As one would expect, Toyota has packed plenty of first class safety specifications into the car too, including seven airbags, anti-lock brakes with emergency brake system and much more.

And when you consider the five-year, 100,000-mile warranty, the Verso-S becomes a very attractive prospect indeed.

Admittedly, it's not the fastest out of the blocks and getting to higher speeds may take a little while, but the Verso-S is excellent value. In fact, I've tested cars with an optional extras price tag that costs more than the Verso-S.

THE Toyota Avensis is one of those cars that some people discount because of...