By Edward Stephens on 2011-07-23 - Edward edits the motoring pages of the Birmingham Mail and Birmingham Post as a freelancer after more than 35 years on the staff. Also writes on motoring for various other newspapers, trade magazines and well known websites. 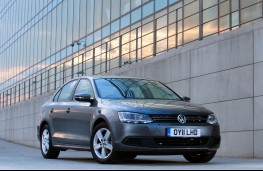 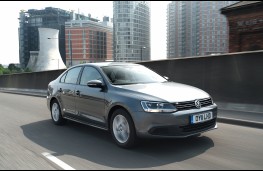 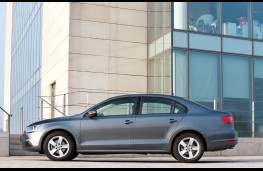 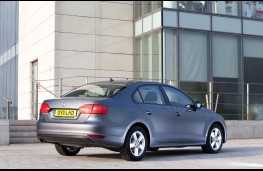 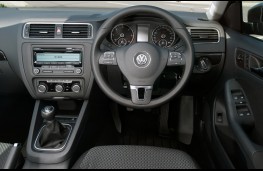 IT used to be affectionately termed a Golf with a boot - but with the latest generation of Volkswagen Jetta all that has changed.

The new Jetta has grown in size and no longer shares any components with the popular hatchback.

With that growth - the new Jetta is 90mm longer than the model it replaces - comes an extraordinary amount of rear legroom for a car of its size. You can sit in the back and actually stretch your legs out.

The first time I drove the previous generation of Jetta I took a friend of mine out in it. He was so impressed that two days later he bought one, the car was that good. But the new one is better.

I'm not sure of the decision to drop the rounded front in favour a V-shaped bonnet but I do like the overall design and the build quality is excellent.

The design of the Jetta is nothing like as dynamic as its bigger brother the Passat but when you get behind the wheel it certainly matches up - and it costs less.

This car was powered by a 140bhp, 2.0-litre diesel engine which gave the sort of fuel consumption that many diesel car drivers can only dream of.

The claimed average mpg is 58.6, but while I had the car I covered almost 400 miles - and averaged a massive 64mpg.

And economy doesn't come at the expense of performance with the Jetta. This TDI had a top speed of 130 miles per hour and hit will 62mph in a very creditable 9.5 seconds.

But the most impressive part of its performance package was its mid-range flexibility with superb pulling power and little need to ever drop a gear to achieve it.

The performance and economy from a 2.0-litre diesel engined saloon from a premier Japanese manufacturer I tried recently wasn't in the same league as the Jetta - and that car was 50 per cent more expensive.

With the Jetta engine mated to a six-speed manual gearbox this diesel is a superb high speed motorway cruiser, eating up the miles while keeping the revs low, resulting in relaxed motoring while just sipping at the diesel in the tank.

Despite the flatter roofline of the new model there is more headroom for driver and front seat passenger and their seats have been completely redesigned to offer more long distance travel comfort.

The backs of the rear seats are split 60:40, just like on a hatchback, which gives plenty of luggage flexibility and extends the already cavernous boot which holds some 510 litres of luggage and which I could easily have got into myself.

VW says that in designing the Jetta's chassis engineers set out to find a good combination of driving dynamics and comfort, and there is little doubt they have succeeded.

For while this car is exceptionally comfortable it's also a driver's car, with plenty of satisfaction when you push it hard on bends and corners as well as on high speed straights.

The Jetta has always been a best seller in the States but somewhat overshadowed in the UK by the Golf and Passat. VW expects to sell some 3,000 models in Britain in its first full year, 2012, but this is small compared to the 110,000 per year in the States. 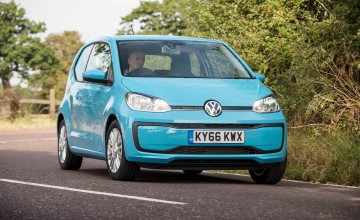