By Edward Stephens on 2011-11-05 - Edward edits the motoring pages of the Birmingham Mail and Birmingham Post as a freelancer after more than 35 years on the staff. Also writes on motoring for various other newspapers, trade magazines and well known websites. 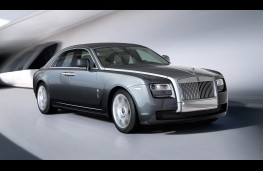 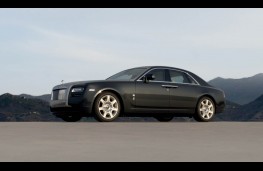 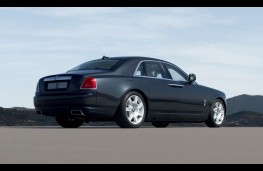 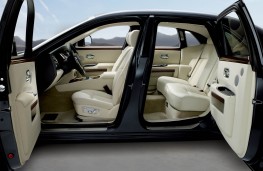 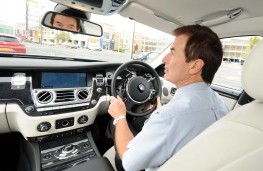 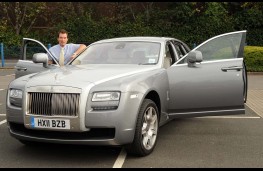 The invitation came out of the blue.

"How would you like a Rolls-Royce Ghost for the weekend?" the voice on the other end of the telephone queried.

I thought about it and mulled it over seriously - for a good millisecond - before, trying not to sound too enthusiastic, blurting out "yes please, when can I have it".

The Ghost is the newest model in the Rolls-Royce range, although range is probably the wrong word as the Goodwood-based company only makes two models - this and the Phantom.

The Ghost is the smaller of the two, although small is hardly the word for a car whose bonnet seems to stretch to the horizon when you sit in the driver's seat.

Fortunately the Spirit of Ecstasy, the fabled flying lady statuette which symbolises this iconic British car, still sits on the end of the bonnet to give you some clue as to where it ends when you have to park in tight spaces.

These days of course there are also electronic parking aids to help the lady, and with a car the size of the Ghost you do need both.

Even so it's not a car you would want to take into, say a Tesco multi-storey car park. In fact the Ghost would probably refuse to go into Tesco, although it might allow you to take it to Waitrose.

Sheer size means it's not a car for the faint hearted, but if you can get over that it's a surprisingly friendly car to live with, gliding along in almost absolute silence and ironing out all the bumps in the road so those in the rear seats can sip their Champagne from the special cool box without spilling a drop.

In fact the air suspension system is so sensitive that it registers the movement of any rear passenger from one side of the seat to the other and compensates accordingly.

A complex computer system reads multiple inputs from sensors around the car and the dampers alone make individual load calculations every 2.5 milliseconds to ensure perfect comfort as well as precise steering and dynamics for the driver.

Under the bonnet the giant 6.6-litre, 563bhp V12 engine made exclusively for Rolls-Royce makes light work of pulling such a heavy car.

But don't make the mistake of thinking this luxury limousine is sedate. Quite the reverse.

This Roller is quicker than most so called supercars, hitting 62 miles per hour in just 4.9 seconds, but doing it in such a calm and relaxed manner that rear seat passengers can continue to read the FT without blurring a line of the print.

Those who do sit in the back enter the car through rear-hinged coach doors which you close electronically at the touch a button.

Inside this Ghost - which with a number of optional extras had a Â£235,000 price tag - there was the perfect blend of luxurious cream leather and the finest black stained ash veneers.

Only veneers from one tree are used for every car so even the grain on the foldaway picnic tables on the backs of the front seats perfectly match that of the dashboard and doors.

At least eight hides are used in every car and they come from bulls raised in pastures free of barbed wire, ensuring that there are fewer imperfections in the leather.

Just like the front seats the rear are electronically adjustable, heated and come with a built-in massage system to relieve muscle fatigue on long journeys.

And despite all the high tech systems on board it's nice to note that there has been at least a nod to retaining tradition.

The classic chromed eyeball air vents are still adjusted with the traditional organ-stop pulls which have been on this marque's cars for generations.

In front of the driver is a bank of frosted white dials with black figures and pointers, although on this car the rev counter is replaced by a power reserve gauge.

The car's interior designer Alan Sheppard summed it up perfectly when he said 'Ghost is designed to be an escape from the outside world'.

A head-up display projects the car's speed and the speed limit of the road you are in onto the windscreen so you don't have to take your eyes off the road to look at the dials.

Self-righting wheel centres ensure that the famous RR emblem is always upright on all four wheels at all times.

That same emblem can be found on a chrome plate in the leading edge of each of the two front doors, and when you push a button above it a full sized Rolls-Royce umbrella pops out.

My only real criticism of the Ghost is that the exterior mirrors are too big. They are great when reversing but obstruct your view at road junctions.

Despite its weight and engine size the car averaged just under 18 miles per gallon over nearly 300 miles, which for such a large car exceeded all expectations.

It takes at least three weeks to build every Rolls-Royce and nine out of 10 go for export, but at least Britain is still the company's third largest market after the USA and China so it's nice to know that some of the craftsmanship that goes into the cars can still be seen on our roads. 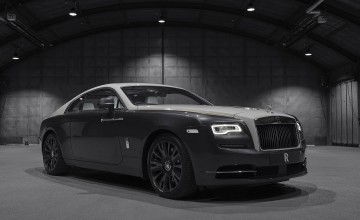 FAMED British aviators Alcock and Brown were as bold as brass when they braved...