By Robin Roberts on 2012-03-08 - Has had with a career spent covering the automotive industry and particularly its Welsh component suppliers - he can not only tell you what goes where but possibly who made it fit. He has been a motoring journalist based in Wales for three decades. 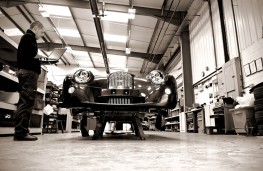 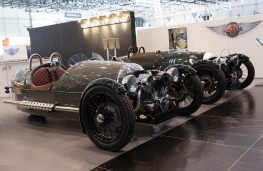 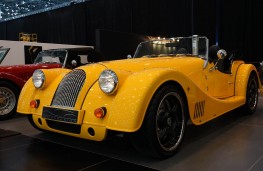 The car maker is currently taking about 700 people a year on a 90 minute tour of its unusual car assembly plant set in the beautiful Malvern hills in Worcestershire.

The factory opened on the site a century ago in 1912 when Morgan first became a limited company.

Morgan enthusiasts act as guides to the near twice daily tours by visitors from all over the world who have heard about the company and its cars.

The famous two seater four wheelers were joined last year by the two seater three-wheelers, which hark back to Morgan's earliest cycle-car models, and waiting lists for orders frequently extend beyond 12 months depending on model.

Just 174 people work at Morgan making the cars and there is no time for them to act as guides, so Morgan fans have been recruited into service.

"We are doing a lot of tours right now," said Morgan's chief designer Matthew Humphries, who joined the firm as a work experience student seven years ago. "Sometimes we know they are coming and other times a handful will just turn up unexpectedly because they know about us."

Morgan builds about 900 cars a year, mostly for the UK and European market but there is increasing interest from the United States, particularly in the new three-wheeler.

At the Geneva Motor Show Morgan displayed a Plus E electrically powered car, which is undergoing road trials before it is put into production.