By Ian Johnson on 2012-04-02 - Ian has been a member of Driving Force since its inception. He began his career in journalism in 1962 on the Cheshire Observer and took over the paper's motoring column in 1966. Specialist areas include classic cars, product launches and automotive comment. 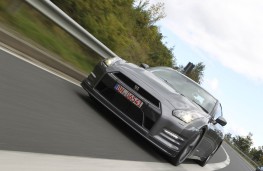 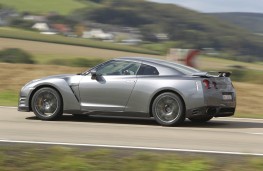 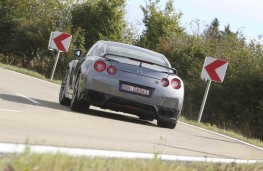 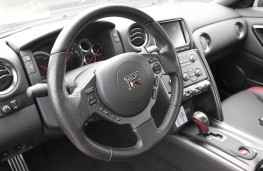 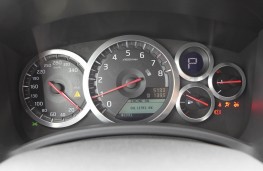 THE Nissan GT-R, one of the fastest cars in the world has just got harder.

But its customers are among the most demanding in the world and want a car with an even sharper edge. So Nissan has introduced a new version of the GT-R that is honed for the race track, although still fully road legal.

The brakes behind these are cooled by additional cooling ducts built into the front bumper.

These reduce the operating temperature of the front brake discs by as much as 100 degrees during track use, improving the stopping performance. Similar ducts, hidden behind the rear wheels, channel cooling air over the rear discs.

To give extra bite to the car's harder edge harder edge, the suspension's spring rates have been revised to be optimal for track use.

Like all GT-Rs though, the dampers are adjustable to offer more comfort when the car is being used on the road.

At £84,450 this car is something quite special because most things capable of such shatteringly high performance and much more expensive.

It cocks a snoot at Italian badge snobbery and gets on with the job of being a true sultan of speed.

The GT-R can only be truly appreciated on the track and I was able to try a couple of laps at the Nissan test track in Sunderland where one of the car's most astonishing features was revealed.

To attain its mind-numbing standing start sprint time, getting the utmost from the 3.8 V6 twin turbo engine with split four-wheel-drive, you have to do something no normal driver would attempt.

This slingshot effect is pyrotechnic and not something that be attempted in a normal automatic. Nissan call it launch control and it is very well named.

On the track the GTR is as solid as a rock communicating that it has a depth of cornering ability that I rarely get to experience.

It may be a hard car, but the GT-R has a sensational interior with Recaro front seats trimmed with blue bolsters and an innovative high grip material to help keep the driver in place during hard cornering and braking. On the Track Pack car the rear seats have been removed to save weight.

The engine retains the same specification as the ‘regular' 2012 model GT-R, which means 550PS of power on tap. And by improving the GT-R's engine efficiency, its fuel economy has been improved to 24mpg.

UNTIL recently, it's probably fair to say the Nissan Micra was not the most... 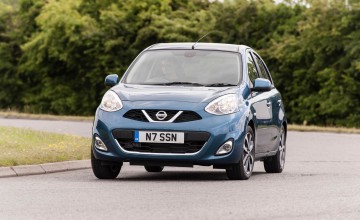