By Stewart Smith on 2012-05-27 - Stewart was the former motoring editor of the Coventry Telegraph and is now a freelance contributor to Eurekar. He is based in Scotland and specialises in First Drive reviews. 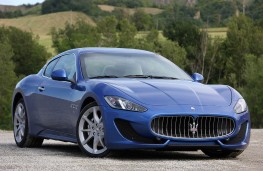 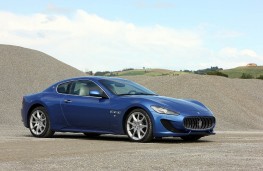 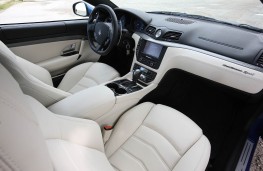 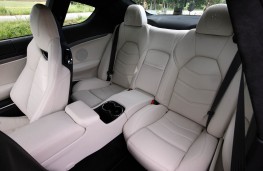 MASERATI unveiled the latest incarnation of its superb GranTurismo supercar at the Geneva Motor Show and this new Sport edition replaces the GranTurismo S and S Automati.

Although the outward styling of the up-market Italian icon remains much the same, it has undergone major technical changes and improved looks.

One of the most noticeable areas of change is the GranTurismo Sport's new headlight treatment. They now carry all-new internal technology, including the addition of daytime running light LED technology.

The xenon cluster in the headlight also incorporates adaptive light control to track the movement of the steering wheel up to 15 degrees.

Changes to its front end include the addition of a new central front splitter, dramatic cuts leading from the leading edge of the headlight to the top of the grille and integrated parking sensors.

The chromed trade-mark Maserati Trident with red accents takes pride of place at the centre and there are enlarged side grilles to extract engine bay heat.

This classy motor looks even better for the small changes and it's a real head-turner which stands out from the crowd.

Inside the four seater grand tourer, Maserati has upgraded the sporty front seats and fitted a flat-bottomed steering wheel giving more space for the driver. Rear seats have also been redesigned and it frees up more space for rear seat passengers.

Now for the all-important performance capability of this new Maserati.

The automatic and electro-cctuated versions of the new GranTurismo Sport are faster than the outgoing GranTurismo S.

With the automatic transmission, the GranTurismo Sport can accelerate to 62 mph in 4.8 seconds.

Power comes from the 4.7-litre normally aspirated V8 engine which produces a whacking 454 bhp. Fuel consumption is said to be 19.8mpg on average with emissions of 360g/km.

On the road test in Italy in the rear-wheel-drive Maserati I found the handling of this extremely quick motor challenging on a twisty, hilly route near the Maserati factory in Modena.

But the suspension and braking system is first class and despite a few hairy moments involving Italian drivers who seem to drive on any side of the road they like I found the GranTurismo Sport quick to respond to emergency manoeuvres.

Around town the new Maserati is quite refined with a smooth ride despite the firm suspension.

The Sport is also very manageable it you have to make a quick about turn with its turning circle of just 12.3 metres.

To top this exciting package off, the sound this beautiful motor makes from its twin exhausts is a delight.

It snorts, blips, gurgles and roars its way around with every change of gear which only adds to the enjoyment of driving a piece of sporty, motoring excellence.

Since its launch at the 2007 around 15,000 GranTurismos have been delivered all over the world.

Last year the GranTurismo sales accounted for 44 per cent of Maserati's total. The United States was once again the leading market with almost 900 Gran Turismos sold in 2011, followed by China and Italy.

This is an exclusive supercar which will satisfy the lucky few with its looks and performance plus the famous Maserati name.

IF you have even the merest hint of petrol in your blood, the name of Maserati... 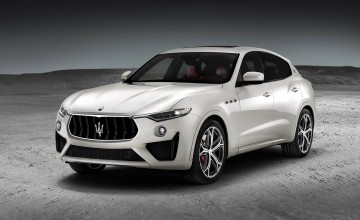 IS it an SUV or a supercar? A good question when it comes to the latest version...