By Mike Torpey on 2012-09-12 - Driving Force news editor and responsible for organising our daily output. He was staff motoring editor of the Liverpool Echo for 20 years. 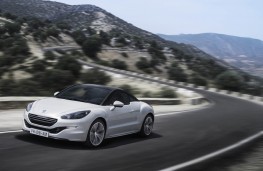 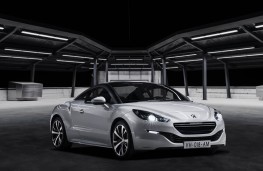 IT'S already one of the most stylish cars on the road and from early next year there will be a new Peugeot RCZ coupe up for grabs.

The French company is revamping the sporty coupe's appeal with an emphasis on the personal touch, so each customer can construct their own RCZ.

And the facelifted version will be followed towards the end of 2013 by the most powerful production model in Peugeot's history boasting a new 1.6-litre THP engine producing 260bhp.

Peugeot says the intention is to give the new RCZ a style that's even more exclusive and unique than the current range.

So it gets a completely new front face to accentuate the curves of its double-bubble roof while the lights consist of six LEDs, sculpted in the form of claws behind a smoked lens which blends into a gloss black surround.

Inside, there are minor changes like a lacquered black gear lever surround and on GT models the door trim pads are trimmed with leather inserts while aluminium inserts adorn the dash and centre console.

And the scope for personalising is extensive with the likes of lacquered black grille bars instead of the standard satin chrome ones, a choice of Aluminium, Sand or Matt Black roof arch colours, a new Black Pack which adds black brake callipers and black exterior mirrors, three new types of bodywork decals, two carbon roof options and 10 alloy wheel designs.

A Sports Pack, standard on the Sport and GT with the THP 200 petrol engine, includes a smaller diameter steering wheel, a shorter-throw gear lever and a Sound System feature which amplifies engine noise. 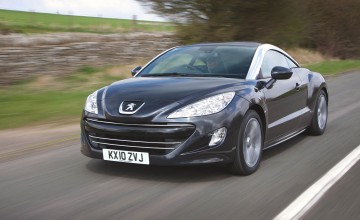