By Patrick James on 2012-10-14 - The author has been a motoring writer for more than 16 years. Formerly motoring editor at the Coventry Telegraph, he now produces motoring copy, on new car launches and road tests on a freelance basis. 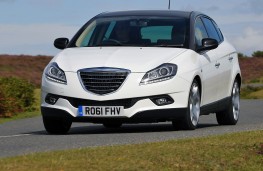 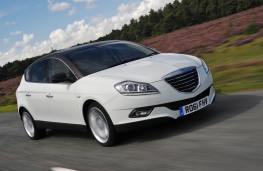 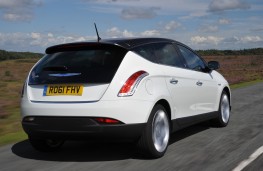 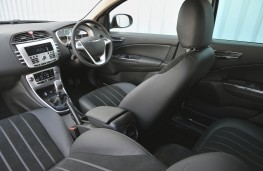 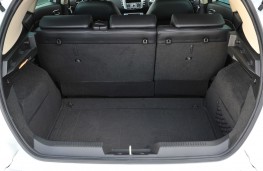 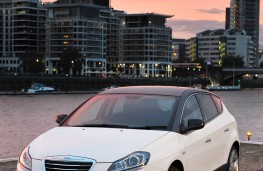 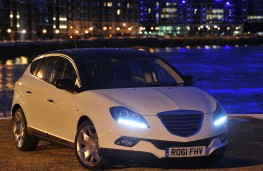 THERE are some cars that grow on you after less than stunning first impressions. Fiat's original ugly bug Multipla was one and Kia's Soul another.

Chrysyler's Delta is yet another - a car I was lukewarm about, both in terms of styling and performance, but eventually warmed to.

It takes on some impressive competition but offers quirky looks, a roomy decently-equipped interior, a competitive price and fuel efficient engines that keep the running costs to a minimum.

The styling is distinctive, just like its sibling Alfa Romeo Giulietta, a real alternative to the mainstream with a strong engine range that offer performance with good economy.

The looks, it is a more or less a re-badged Lancia Delta, divided opinion, but it certainly had people more than a little inquisitive whenever it was parked.

But it is still a good looking car overall - it's swooping lines down to its distinctive front end with LED daytime running lights and signature Chrysler shield badge make it stand out from the crowd.

The car could be described as a C-segment plus type of car, bigger longer than the likes of an Astra, Golf or Focus, but still not in the Insignia or Passat range.

There is full five-seat comfort with a large boot that opens up into a cavernous storage area when the seats are folded flat. An initial 380 litres expands to 1,190 litres.

For better practicality, the rear seats also slide backwards and forwards for when just that little bit of extra space is required in the boot. The only difficulty is the high sill which means lifting pushchairs, shopping bags and golf equipment into the space can be awkward.

At a starting price of £16,700 is competitive because of its size but does mix some of the very good with the basic inside the cabin. The overall look of black and chrome is good, as is some of the soft trim finish, but some of the plastics feel low rent.

All models score highly on safety with a five-star Euro NCAP rating and includes stability control and anti-lock braking and numerous airbags.

Controls are instrumentation are neat and logical and the centre console buttons are illuminated by a white light for quick and easy identification.

On the road the 140bhp engine proved a real winner. Acceleration is brisk with the car hitting 60mph from a standing start in just 9.2 seconds.

Fuel economy is a claimed 49.6mpg, a figure which appeared not that far from the mark over a week where the engine barely sipped the fuel.

Handling is average, but the ride is comfortable enough to keep a family of five reasonably happy.

Carbon dioxide emissions are also low at 132g/km, placing it in the 17 per cent bracket for benefit in kind taxation.

There are four trim levels: S, SE, SR and Limited with four engines, ranging from the petrol 1.4-litre TurboJet and the more powerful 140bhp MultiAir unit. These are supplemented by in 1.6-litre and 2.0-litre diesel engines.

It's a car with a tough task to get established in a hugely competitive market, but it does offer something different and is cheap enough to buy and run.