By Chris Russon on 2012-11-12 - The driving force behind Eurekar. Chris heads up a team of motoring correspondents under the Driving Force banner. Prior to Driving Force becoming independent in 2010 he was Chief Motoring Editor for Trinity Mirror Regional newspapers. Chris has been writing about cars for almost 40 years. 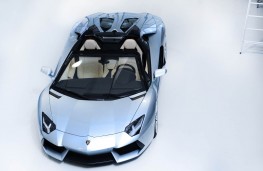 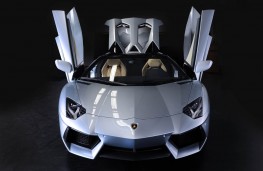 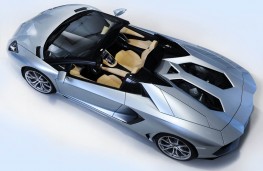 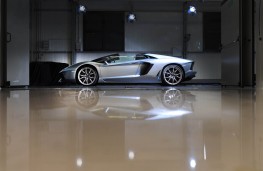 A CONVERTIBLE version of Lamborghini's 220mph Aventador supercar has been announced joining the exclusive club where motoring costs more than £1,000 for every mile per hour.

Powered by a 6.5-litre V12 engine developing an astonishing 700bhp Lamborghini says that it is a car with no direct competition.

The mid-mounted engine includes a cylinder deactivation system and a sophisticated stop/start set up to eke out economy which is claimed to be 16.4 to the gallon on average with emissions of 398g/km.

The Aventador Roadster will be available in a new metallic blue paint finish which has a tone that varies with light and is similar to that used by Lamborghini on the famous Miura Roadster of 1968.

With a two-piece detachable roof made from carbon fibre Lamborghini says the Aventador Roadster can be opened up in seconds with each panel being stored in the front luggage compartment.

The interior features new leather upholstery and the car sits on either 20 or 21-inch lightweight aluminium wheels.