By Enda Mullen on 2012-11-16 - Enda is a business reporter for the Coventry Telegraph and is also the motoring editor for the Solihull News. He covers the Midlands automotive industry and in particular Jaguar Land Rover and Aston Martin product launches. He is a renowned automotive commentator. 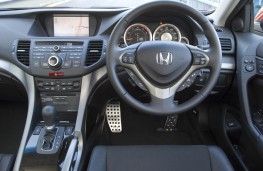 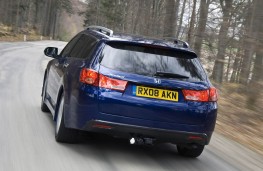 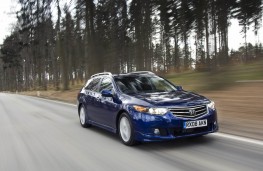 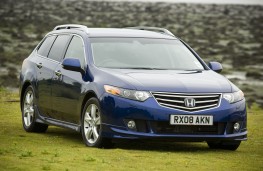 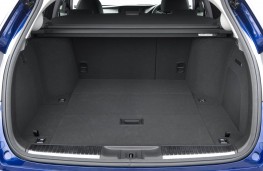 MANY of life's great mysteries - from Bigfoot to the Bermuda Triangle - have yet to be solved.

One that's not part of the popular consciousness, but just as perplexing to my mind, is why Honda doesn't sell more of its Accord models in the UK.

Of all the cars I've driven in recent times it's among those that stand out.

It looks good, drives well, is generously equipped and well put together.

It's worthy of acclaim in either saloon or estate guise but given a choice I'd plump for the Tourer without hesitation.

Put simply it represents an effective solution to the enduring estate designer's conundrum of whether to go for practicality or style at that crucial juncture in the creative process.

The latest Accord Tourer manages to deliver a blend of the two, which is no mean feat.

With its predecessor Honda's designers opted for practicality in a big way but this load-lugger has the looks to give the very finest sleek and sporty lifestyle estates a real run for their money.

While slinkier estates tend to compromise when it comes to space and versatility the Accord does not.

Sacrificing the cavernous carrying capacity of that predecessor - which was great for transporting wardrobes and the like - is a price that's well worth paying for such a winning combination.

There are echoes of the old model, including the electric-powered tailgate, which when the car was launched seemed like something of a novelty.

These days they're far more commonplace and far from being a gimmick are actually rather useful when one is approaching on foot with armfuls of baggage or a fully-laden shopping trolley. I expect one day such comforts will be - rather like television remote controls.

The Accord's interior is another triumph. A roomy open cabin offers comfort throughout and the dashboard is a real delight, having been thoughtfully designed with easy to use and intuitive switchgear.

The latest version of the 2.2-litre i-DTEC engine offers more power and is a smooth, potent and refined performer. Economy and emissions have also been enhanced.

Driving dynamics are impressive too with a well engineered suspension system striking a happy medium between a cosseted ride and agility on the open road.

I got the chance to really put it to the test with an overland trip all the way to Copenhagen.

It excelled in pretty much every respect, the spacious boot swallowing up bags a plenty for a week-long trip for a family of four and even a few cases of beer (deemed essential provisions after being told how expensive it was in Denmark).

The Accord performed admirably on our epic road trip, proving a comfortable and cushy cruiser on motorways and dual carriageways - while also delivering plenty of driver feedback on more challenging winding roads.

I did appreciate having the automatic version as it meant one less thing to worry about while driving on the other side of the road and acclimatising myself with everything else that goes with driving in a foreign country.

Overall the Accord did much to help make some very long journeys a real pleasure, though added excitement like going over the second longest suspension bridge in the world between Funen and Zealand certainly helped. 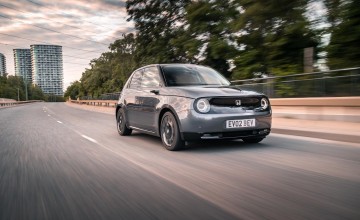 WITH its retro styling, lounge-like comfort and rapid-fire performance, Honda's...