By Bruce Booth on 2012-12-29 - Bruce left the Daily Record three years ago after 23 years as a sub editor motoring writer to wind down a long career as a freelance motoring journalist. Still supplies new and used car columns as well as covering motorsport for the Record and for Eurekar 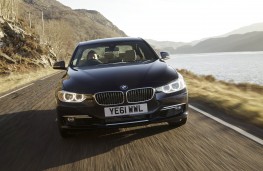 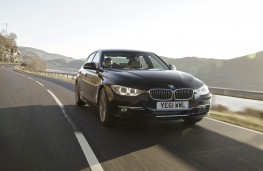 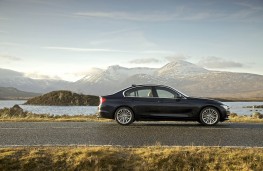 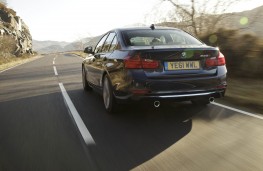 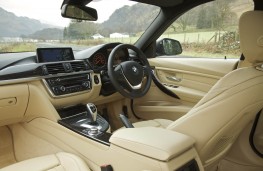 THE first snowfalls of winter have already blanketed many areas of the country, so it looks like a case of perfect timing for BMW whose 3 Series xDrive models have just started to arrive in showrooms.

In truth, it's taken far too long for the German marque to produce an all-wheel-drive version of their highly-successful family saloon in right-hand-drive guise, but now it's here, there may be no stopping it.

We all know that rear-wheel-drive vehicles don't like the snow, more especially if they're shod with large ultra-low profile rubber, so it's great to see BMW finally offering what many of the marque's dedicated UK followers have pleaded for for so many years.

Initially, the xDrive system is only available with the two-litre 184bhp 320i petrol engine. However, expect to see it on more powerful 328i and six-cylinder 335i models in the not too distant future. Diesel versions could also follow.

Five versions are on sale, in SE, Sport, Modern, Luxury and M Sport trim, priced from £27,400 for the lead-in SE to £31,925 for M Sport with eight-speed automatic gearbox.

The xDrive all-wheel drive system ensures the car has the best possible traction at all times, enhancing agility and keeping the car safely glued to the road.

Under normal circumstances, xDrive distributes the power between the front and rear axles in a ratio of 40:60, but this figure varies when the road surface or driving conditions change.

Acting virtually instantaneously and in a manner so subtle as to be virtually unnoticed, xDrive can direct up to 100 per cent of power to either of the axles.

Yet, thanks to this dynamic redistribution of power, vehicle stability returns to normal, virtually before the driver notices that anything is amiss.

The xDrive system is regulated by Dynamic Stability Control, using information from the latter system's sensors to monitor road conditions.

In addition, brake force, courtesy of DSC system, is used when there is traction difference between the two sides of the vehicle and wheel spin is likely.

Apart from all this hidden xDrive wizardry, there's nothing to distinguish the car from the rest of the new 3 Series range.

From a styling point of view, the new model is now more macho than ever, its masculine looks setting the car off from its predecessors.

It's longer and wider, so there's much more room for passengers, while the larger boot has the capacity to lug around 500 litres of luggage with the rear seats in place.

Already winner of a host of top accolades, including the Scottish Car of the Year Executive Saloon award, the new 3 Series has started to steal a march on the opposition and with the introduction of xDrive, many more prospective buyers are going to be heading to BMW dealers.

All-wheel-drive systems do come at a price, apart from the initial higher purchase cost. Compared with the standard rear-wheel-drive model, combined fuel economy is reduced from 44.8mpg to 41.5mpg, while CO2 emissions rise from 147g/km to 159g/km, pushing the xDrive models up from VED band F into band G.

However, with its superior grip and surefootedness no matter what the weather, these additional running costs are just a small price to pay for the added safety that comes with four-wheel-drive. 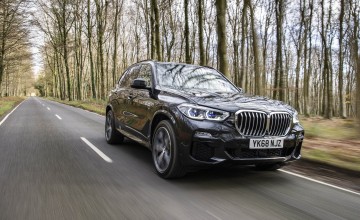 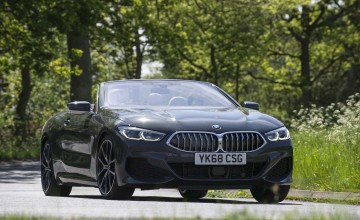