By Mike Torpey on 2013-05-16 - Driving Force news editor and responsible for organising our daily output. He was staff motoring editor of the Liverpool Echo for 20 years. 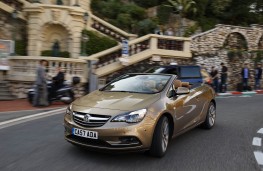 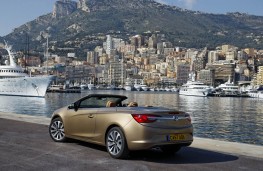 THE arrival of Vauxhall's new Cascada convertible has not only shaken up the soft-top scene but filled a long-standing gap in the market.

That's the view of industry analysts CAP who point out that despite an explosion of coupe cabriolets over the past decade, all new models bar expensive executive cars have featured a folding hard top.

And it has left convertible car fans short of genuine choice - until now, because the Cascada represents the first offering from a ‘street brand' of a large family-size canvas roof convertible since the Vauxhall Cavalier Mk2 in 1985.

By offering a true four-seater rag top, Vauxhall has returned to the old fashioned spirit of wind in the hair motoring, in the process becoming a unique player in the sector.

With a price tag around £8,000 cheaper than premium brand convertibles, the Cascada also brings a new family size soft top within reach of those who may otherwise only be able to afford a used BMW 3 Series or Audi A4.

CAP Automotive's Jeff Knight, who forecasts the future used values of today's new cars, said: "Until now there has been no mid-size convertible built by a ‘street' brand like Vauxhall for almost 30 years. All other rag-tops in the market come from prestige, premium or sub-premium brands.

"In recent years manufacturers have focused on the hard folding top coupe style, such as Ford Focus CC, Renault Megane CC and Peugeot 308 CC, so the Cascada flies in the face of that approach and creates a new and very small niche.

"It is very interesting to see Vauxhall playing in an area that nobody else is currently investigating."

Based on the Astra GTC platform, but slightly enlarged, the Cascada is described by Knight as one of the best-engineered Vauxhall cars in recent years.

He said: "The British motorist has always had a love affair with the fabric roof convertible but it's an area that has been neglected by the mainstream manufacturers for some time, as they focused on the folding tin-top.

"Because this is such a niche car, forecasting its value in the future used market is challenging. But the signs are good that used car buyers in three years' time will view it favourably. It is one of the best-engineered Vauxhalls in recent times and the interior quality is excellent.

"As a driving car there are none of the squeaks or rattles that commonly come with a convertible and there is no scuttle shake."

The four-seat style and offer of both petrol and diesel engines means the Cascada should appeal to potential used car buyers, and CAP is conservatively forecasting residual values at three years/60,000 miles of 33 per cent. 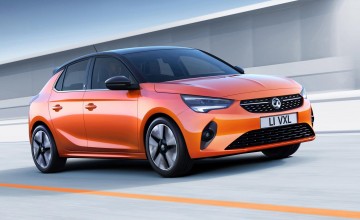 VAUXHALL is targeting big families with the introduction of its new Vivaro Life...