By Edward Stephens on 2013-07-13 - Edward edits the motoring pages of the Birmingham Mail and Birmingham Post as a freelancer after more than 35 years on the staff. Also writes on motoring for various other newspapers, trade magazines and well known websites. 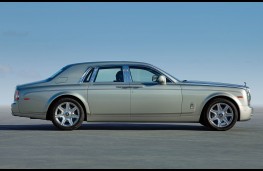 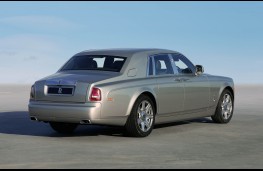 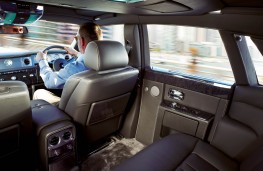 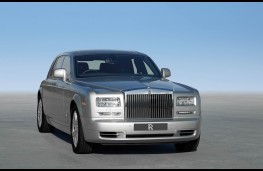 AFTER living with a Roll-Royce Phantom you are left with the feeling that every other car you drive is destined to be an anti-climax.

When you get behind the wheel of a this epitome of luxury it's as though you have acquired a title overnight and should probably be moving into a stately home.

Not only do you feel like one of the aristocracy but other motorists and pedestrians look at you as if you are. They make you feel that if they could doff their caps to you they would willingly. The reaction it generates is unlike that of any other car, no matter how expensive.

For years Rolls-Royce has been regarded as the pinnacle of the luxury car makers art and when you drive one people - of all ages - turn to stare at you.

I'm not sure whether it's just the awe that the car is held in or whether there's an element of checking to see if it's a pop star or footballer at the wheel, but either way the reaction seems to be universal.

There's also an element of the rarity value of the car, which is not surprising as the one I borrowed had a price tag of a staggering £432,980 - by far the most expensive road car I have ever driven.

When you first see the Phantom two things strike you; the dramatic Roll-Royce grille topped with the famous "Spirit of Ecstasy" figurine and the sheer size of the vehicle. At 19ft 2ins long it's big. Very big. I took a mental note not to take it into any multi-storey car parks. It wouldn't fit.

But it's not until you open the door that the sheer opulence you get with a car like this hits you. Every one is different because the sky is the limit with what you decide to put on your Roller.

The car was upholstered to match the bodywork with the RR emblem embossed into all four headrests. I say four because because this one had two individual rear seats rather than a full bench.

Complimenting the leather was a plethora of highly polished walnut burr inserts on the doors and dashboard all perfectly matched, a tribute to British craftsmanship at its best.

And while these cars are state of the art there are still retro touches like the traditional organ stop switches for the air vents and the super slender leather steering wheel.

When I opened one of several compartments between the two rear seats I found two cut glass decanters in an illuminated cabinet. Above, in another compartment were the matching glasses while in a third section was the cooler box for the bubbly.

On the backs of each of the two front seats were picnic tables for the rear seat passengers to place their drinks on. These then opened up into two picnic table-sized television screens, receiving satellite tv.

And so the front seat travellers were not left out there was a third television located behind a revolving analogue clock in the dashboard. Posh or what?

Should the rear seat travellers want to watch a programme in private they can close the side and rear blinds at the touch of an overhead button.

As on all Roll-Royce models the rear doors open in the opposite way to those at the front. That would normally make them difficult to reach to close, but in this car you just press a switch and it's done for you.

All four seats are electronically adjustable, operated by tiny individual joysticks in the central armrests, while your feet rest on three inch thick lambs wool rugs - in blue to match the colour scheme.

On the road the 6.8-litre V12 engine makes light work of pulling such a heavy vehicle and inside you travel in total silence. In fact even from the outside the engine's inaudible. All pedestrians hear as it passes by are the tyres on the road.

The eight-speed gearbox is operated via a column change and slips from one to the other seamlessly.

If you floor the accelerator pedal - which it doesn't really seem the right thing to do in such a car - there is no sudden lurch pinning you to the seatbacks you seem to simply hit high speed in a very fast but refined manner, befitting this car's status.

Motoring will never be the same again.