By Edward Stephens on 2013-08-11 - Edward edits the motoring pages of the Birmingham Mail and Birmingham Post as a freelancer after more than 35 years on the staff. Also writes on motoring for various other newspapers, trade magazines and well known websites. 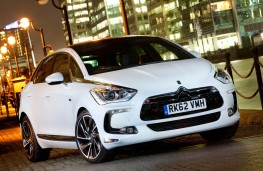 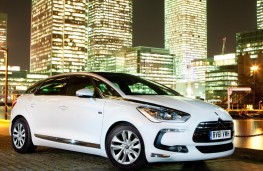 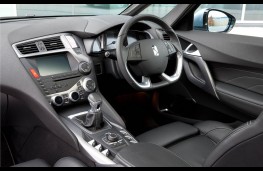 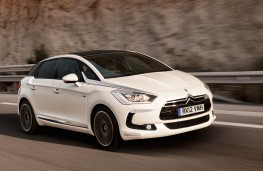 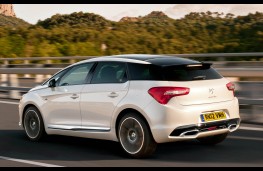 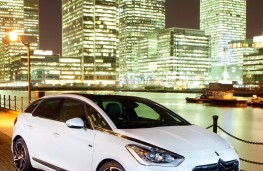 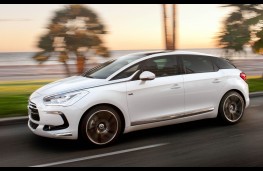 THE first time you sit in Citroen's DS5 you feel as if you are preparing for take off in a luxury private jet.

A conglomeration of switches on the centre console and a bank of overhead controls left me feeling like I should be going through my pre-flight checks rather than pushing a starter button.

Certainly the cabin in this ultra chic French creation is little short of stunning. Black leather seats with red leather side panels and backrests made up of embossed leather squares are set off by large areas of etched metalwork on the doors and centre panel.

The aviation-inspired cockpit features a sweeping glass roof which is divided into three areas - one for each of the front seat passengers and one larger one for those in the rear - with individual electrically operated sun blinds for each.

The whole thing is set off with a wraparound dashboard and a fighter-pilot head-up display which projects information such as speed and directions from the sat nav system into a transparent panel in front of the windscreen.

But in spite of all the futuristic equipment one stylish feature I really liked was the elegant, elongated analogue clock, curved to follow the shape of the dashboard.

The dramatic interior is very much in keeping with the radical exterior of the DS5 with its dynamic profile, pronounced air-intakes, chrome grille and mixture of gloss blacks and eye-catching chrome-finished details, like the slender chrome ‘sabres' that run from the tips of the headlamps to the front windows.

This car was the 160bhp DS5 DSport powered by a 2.0-litre diesel engine offering fuel consumption of more than 55 miles per gallon, which for a car of this size is impressive.

Very much an up-market model in the Citroen line-up the DS5 is a spacious executive model which, while not cheap, has a lot to offer in terms of style, comfort and performance.

Citroen has obviously done a lot of work with sound proofing because for a four-cylinder diesel it's remarkably quiet when on the move.

There's an abundance of legroom in both the front and rear and in true Citroen style the ride offers comfort while being firm enough to give good grip on tight bends and corners to enjoy the sporting nature of this model. The use of an electric rather than manual hand brake also frees up more floor space in the front.

This is a model which features keyless entry - you just have to touch the exterior door handles for the car to unlock - and it's started via a button on the dashboard.

Split rear seats allow you to fold down the seat backs if you really need to add extra luggage space to boost the 465 litres available in the boot. And there is a useful ski hatch set into the rear seats allowing you to carry extra long items while still having four people on board.

On the road the DS5 is impressively quick with an abundance of torque. The six-speed manual gearbox is slick and smooth to use and because the ratios are such that the revs tend to stay low even at mid range speeds you often find you don't need fifth and six gears around town.

When you do use the long-legged sixth gear, however, it affords very relaxed motoring.

The DS5 is one of those cars which has all the attributes most people want in a car while at the same time is very much a non conformist in terms of both interior and exterior design and is all the better for it. If you are looking for something different, check it out. 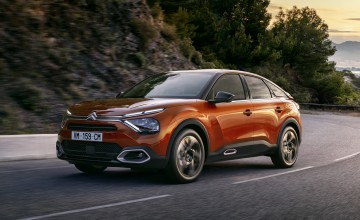