By Jon Smith on 2013-09-08 - Jon is a senior motoring journalist with a background writing for weekly/provincial daily and national newspapers and magazines. He has held executive news and features positions in Fleet Street and evening titles. Former Pirelli Motoring Writer of the Year winner. Currently specialising in product launches, safety issues, car tests and future motoring trends. 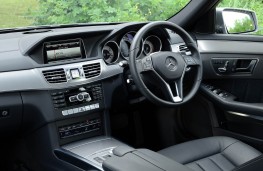 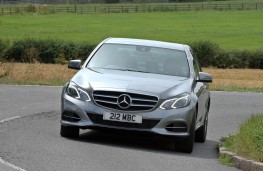 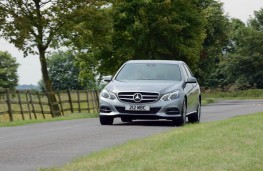 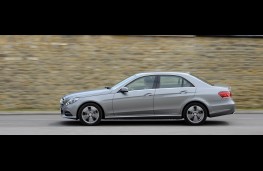 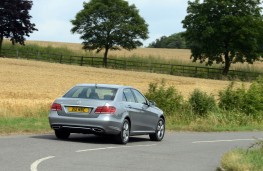 MOST major car ranges have a single model that says more about that marque than all the others put together.

Ford has the Mondeo, BMW the 3-Series and from the Renault line-up you'd have to choose the Clio as most representative.

In the case of Mercedes, it's the E-Class - large, comfortable and luxurious yet competitively affordable.

It has become a byword in the executive car park lining up alongside the BMW 5-Series, Jaguar XF and Audi A6.

And now, after four year or so in its current guise, the E-Class has been treated to a thorough makeover to freshen the lines and keep it on a par with the rivals.

The nose has been tidied and now reflects the S-Class and the rear gets more distinctive tail lights that sharpen the rather bland hindquarters.

Inside, although the dimensions are largely similar, the cabin gets a facelift to give it a more contemporary look.

The 250CDI I drove uses a more powerful version of the same 2.1-litre turbodiesel engine fitted to the 220CDI. The designations are somewhat confusing but the result is worthwhile.

With a hike in power from 168bhp to 202bhp, performance has been noticeably invigorated with little ill effect on economy.

Both versions are four cylinders. The bare statistics show the 250CDI will despatch 62mph in 7.5 seconds and run out of puff at 150mph, a pretty good showing for a large five seater that is capable of clocking 45mpg during every day running.

Incidentally, CO2 emissions run at a meagre 131g/km making the new model one of the cleanest big cars on the road.

The cabin may be a bit conservative, but it's robust and beautifully made with loads of oddment space and an air of longevity that befits the brand.

Legroom front and back is generous and there's ample headroom in the back. The conventional rear boot swallows up 540 litres of luggage but the aperture through which bags have to be loaded is a bit shallow.

On the road, the SE version I drove - price £36,590 - feels swift and assured finding a pleasant balance between comfort and composure for fast cornering and cruising.

The ride is flowing without being over-soft. But push it a bit too hard and you'll be reminded that this a four cylinder engine with a rough edge at the top end of the rev range. Six-pot Mercs are smoother, but they are also less frugal to run.

The seven-speed automatic box operated from a column stalk is generally silky and seamless.

Occasionally, the computer system can be caught on the hop and it will find itself in the wrong gear but by and large this is one of the best automatics available.

Now better looking and an even more rounded executive package, the E-Class well equipped to do battle for the next few years before an all new version arrives.