By Ian Johnson on 2013-10-26 - Ian has been a member of Driving Force since its inception. He began his career in journalism in 1962 on the Cheshire Observer and took over the paper's motoring column in 1966. Specialist areas include classic cars, product launches and automotive comment. 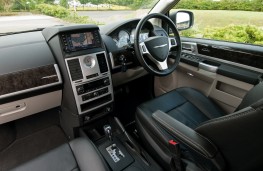 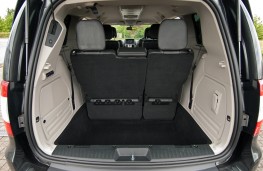 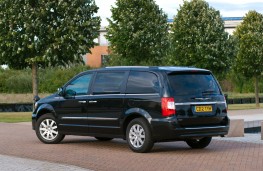 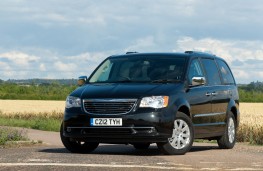 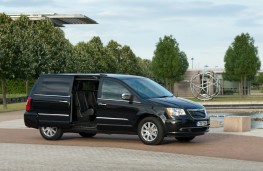 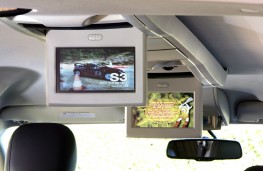 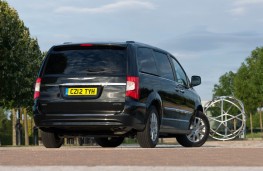 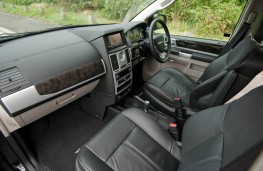 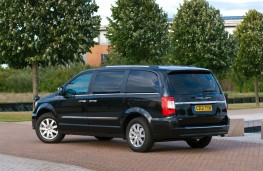 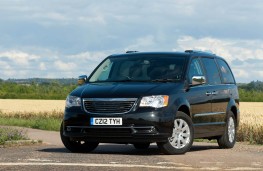 THE world of MPVs has changed significantly over the years with the accent in the popular market moving more towards compact people carriers.

But there is still a big demand in the premium sector for the big full blown models, proven by the steady popularity of one of the daddies of them all, the Chrysler Grand Voyager.

Still largely American in character the Grand Voyager has got the lot, as was seen on a 2.8 top of the range Limited model I drove recently, because everything is done at the touch of a button.

The massive side sliding doors to the rear passenger area were electrically operated, as was the tailgate, adding a touch of shock and awe to passers by when they opened silently on their own to load and unload.

In many ways this vehicle has progressed without too many changes over the years, making the statement that Chrysler got it right in the first place.

Carrying the company's new winged badge, it features a premium style front end with the latest Chrysler corporate look. There are also LED enhanced tail lamps, a new rear bumper and revisions to the tailgate.

Inside this whopping seven-seater it is luxury all the way with large, comfortable captains chairs in the second row and access to the rear by central gangway.

There is aircraft style courtesy lighting, rear entertainment screens and more to make passengers think they are in an airliner rather than a vehicle. And the icing on the cake is that it can swallow an impressive amount of luggage, even with the seats up.

Inside, the new Grand Voyager has improved Stow 'n Go seating. The system automatically drops the head rest and tumbles the seat forward, ready to be stowed - all with just one lever. There is also the new Stow 'n Place roof rack system, standard on Touring and Limited models. Stow 'n Place offers the added convenience of allowing the vehicle's roof crossbars to be stowed longitudinally alongside the roof rails when not in use.

One the road it impresses with a smooth ride and ease of control. Anyone who has worries about driving big vehicles should try this one to be converted for ever.