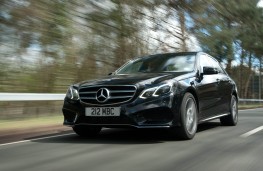 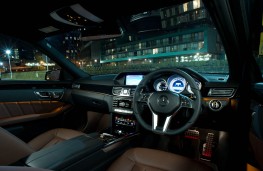 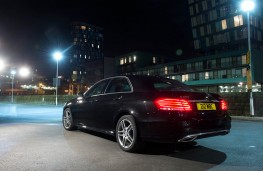 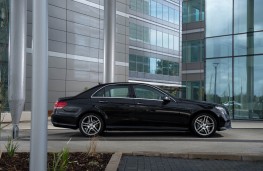 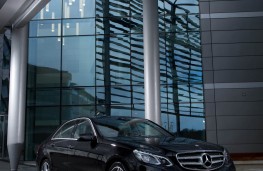 MERCEDES-BENZ has increased its challenge for supremacy in the executive car sector with a range of models that are setting new bench marks in luxury, design and technology.

One version, the E300 BlueTEC Hybrid SE saloon is an ideal example and it has everything one could wish for.

It has recently scooped the Car of the Year title in the annual awards run by Professional Driver Magazine which underlines its status as a top class chauffeur-driven car - and the drivers in the know also voted it tops in the Green Car and Executive Car classes making it the first vehicle ever to collect three individual honours in the competition.

Beautifully crafted inside and out, this spacious eco saloon's standard specification puts some other manufacturers options list to shame.

For example, its satellite navigation is part and parcel of the Mercedes extensive Command Online media system.

It also has Attention Assist, that monitors steering behaviour and helps alert drivers to fatigue, plus Collision Prevent Assist which warns of impending danger ahead.

The new hybrid even has a sensor that automatically senses child seats, alongside many other advanced technological systems that make it one of the most sophisticated cars on the road.

But that's not all of its bonus points. It can seat five with space to spare and can swallow up to 505 litres of luggage.

Like the AMG Sport version it has a seven speed automatic transmission and speed sensitive steering but its overall feel is more of a long distance cruiser than a sports saloon and therein lies its attraction.

The very fact that it can quietly and smoothly eat up the miles, whilst allowing passengers to travel in first class-style comfort and still show a clean pair of heels to the opposition - it can reach 62mph in 7.5 seconds - is bordering on perfection.

I found no reason to fault its performance. Whether on the open motorway or crowded urban roads, it was a pleasure to drive and whilst I did not match the official 68.9mpg fuel return, I did get a creditable 59.7mpg.

As far as the latest breed of Mercedes-Benz models is concerned this hybrid makes a mark in no uncertain terms.