By Mike Torpey on 2013-12-23 - Driving Force news editor and responsible for organising our daily output. He was staff motoring editor of the Liverpool Echo for 20 years. 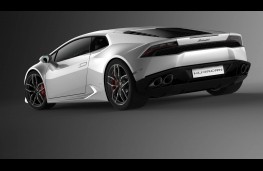 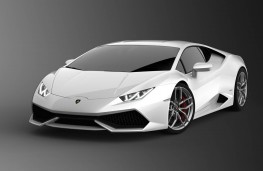 A RAGING bull is being primed to gore and savage its way to the pinnacle of the super sports car scene.

It comes in the shape of the new Huracan from Italian brand Lamborghini, and will replace the iconic Gallardo model - the most successful car ever produced by the company with more than 14,000 examples sold.

Huracan takes its name, like all Lambos, from the world of bull-fighting and in honour of a bull from the Spanish Conte de la Patilla breed known for his outstanding courage and strong sense of attack.

He fought in Alicante in August 1879, remaining invincible.

Lamborghini say the newcomer, which will make its debut at the Geneva Motor Show in March having already been previewed to ‘qualified prospects' worldwide, will mark a new era for the company.

The promise is of a super sports car experience on a new level - a combination of absolute performance, easy-to-drive road behaviour and luxury.

Powered by a 5.2-litre V10 engine producing 610bhp and mated to a 7-speed dual clutch transmission, the Huracan is capable of scorching from 0-62mph in 3.2 seconds and on to 125mph in less than 10 seconds.

And thanks to the Stop & Start technology, the combined fuel consumption figure has been reduced to a fraction below 19mpg, while CO2 emissions are 290g/km.

The Huracan's different driving modes can be selected via a driving dynamics selector switch in the steering wheel - from traction-oriented on the road to extreme performance on the racetrack, with three set-ups of Strada, Sport and Corsa.

The modes govern everything from gearbox and engine behaviour to the sound, the four-wheel-drive system and electronic stability control, and carbon-ceramic brakes are standard.

Inside, a 12.3-inch colour TFT instrument panel delivers info like rev counter, navigation maps and infotainment, and can be configured by the driver in different set-ups.

You also get Nappa leather and alcantara upholstery in several colour combinations.