By Mike Torpey on 2014-01-03 - Driving Force news editor and responsible for organising our daily output. He was staff motoring editor of the Liverpool Echo for 20 years. 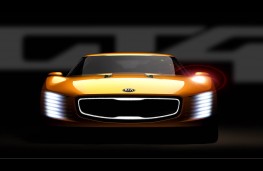 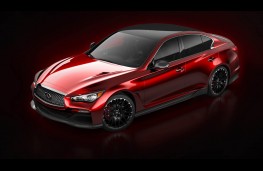 The Q50 Eau Rouge, a design concept based on Infiniti's Q50 sports saloon, is named after a famous section of the Spa racing circuit in Belgium.

Infiniti says the concept's major bodywork components have been redesigned with aerodynamics in mind and only the roof and door profiles remain unchanged from the production Q50.

Design chief Alfonso Albaisa said: "From our shared passion for performance with Infiniti Red Bull Racing grew a collective desire to produce a vision of what a high-performance Infiniti Q50 could look like.

"The design has a number of distinctive Formula One inspired touches.  In particular, the sculpted front wing assembly and the rear aerodynamic packaging take their cues from the RB9 race car."

Power comes via a 2.0-litre turbocharged engine delivering 315bhp to the rear wheels.

And Nissan, is showing its Sport Sedan Concept, which will be joined at the show by the North America debuts of the Nissan IDx Freeflow and IDx NISMO concepts.

And the IDx Freeflow and IDx NISMO's offer two different approaches to a next-generation compact vehicle - one expressing a lifestyle-focused vision and the other a sporty design that looks as if it came from a driving video game.