By Ian Donaldson on 2014-01-12 - Ian estimates he has driven more than 6,000 cars (so far) in a road testing career that's taken him around the world. He has spent several years as a full-time staff motoring editor and is now a busy freelance journalist 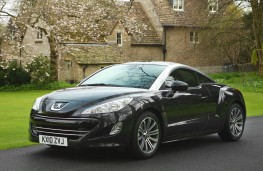 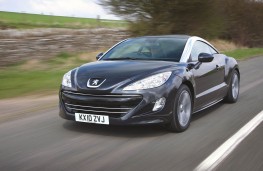 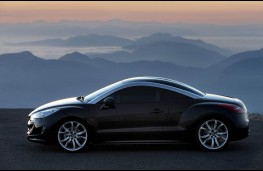 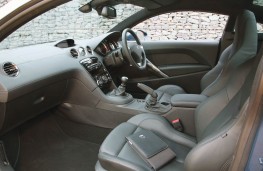 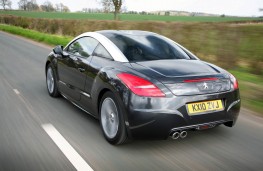 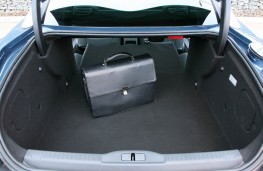 TEENAGE boys have an inbuilt smart car detector that works when they're not even looking. An invisible force stops them in mid-chat with mates and makes them look up.

Where, if it's the latest version of Peugeot's RCZ coupe wafting by, their glance will linger. A Ferrari would warrant a longer stare, but not by much.

Three years after its introduction the RCZ, which has proved a steady seller in the personal transport part of the car market, enjoys a modest facelift at the front, but it's the side (or the roof, really) that still makes the car stand out.

The RCZ is built in Austria but its most obvious styling features, those big roof arches that sweep over the side windows, are sourced in the UK and can now be ordered in matt black instead of the usual silver.

The result is something that looks a lot more expensive than the actual sticker price, and way more than its obvious rival in the style stakes, the Audi TT.

Spec for spec the Audi is a couple of grand (or more) dearer than the RCZ but carries a much posher badge. To these eyes, though, it's a dull looking Germanic effort, outside and in, compared to the Peugeot's racy French lines.

Both help keep their prices down by borrowing lots of bits you can't see, engines and pieces of body platform and the like, from other cars that sell in much greater numbers.

In the TT's case it's the Golf that lends its parts, while the RCZ and Peugeot's 308 family hatch are closely related under the skin.

Which won't trouble the owner of an RCZ as everyone, or nearly everyone, tells them "I like the look of your new car."

For some, the exaggerated curve of the roof and the wavy form it takes over the heads of driver and passenger is a styling stroke too far.

But then some cars are designed to polarise opinion in the knowledge that enough people will love them to bits to make production worthwhile.

A bit less unusual these days is the choice of a diesel engine in your coupe. Bentley is not there yet but Audi will happily sell you a diesel TT and Peugeot also offers the smelly fuel in its most stylish machine.

It means you won't be able to drive it in typical coupe fashion; all revs and snappy gearchange. Instead, it's into a higher gear quickly and let the strong pull of a diesel punch you from corner to corner. It's a very acceptable substitute, and more relaxing. A dash reading showing 51mpg after 600 miles of mixed used wasn't shabby either.

Rather less relaxing is the ride. Once, French cars were famous for their long distance lope, developed to counter awful road surfaces in their native land.

Well, show the test RCZ a bit of battered British Tarmac and its first inclination was to fly, such is the firmness of the springing. It can't have been helped by the big wheels fitted to GT versions of the RCZ, chosen by more than 80 per cent of buyers.

I wonder if they wouldn't really prefer the usefully less expensive, and smaller wheeled Sport model, which ought to be a bit more forgiving on the bumps.