Audi homes in on

By Mike Torpey on 2014-02-06 - Driving Force news editor and responsible for organising our daily output. He was staff motoring editor of the Liverpool Echo for 20 years. 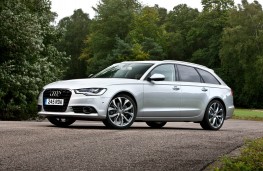 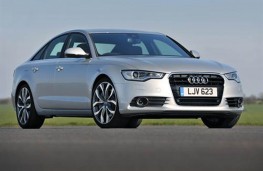 A NEW super frugal Audi A6 model will blaze a trail of economy and efficiency when it arrives in late March.

And Audi says the A6 TDI-based model, which will cost from £32,515 and be available in saloon or estate body styles, won't mean any sacrifice for buyers in terms of power, price or kit.

Power comes via a new 2.0-litre diesel engine that replaces the existing 177PS unit, boosting power to 190PS and torque from 380Nm to 400Nm.

At launch, the new unit is linked exclusively to a redesigned seven-speed S tronic twin-clutch transmission, which replaces the eight-speed multitronic CVT in four-cylinder models, though manual transmissions will arrive later this year.

While the performance gains are significant, they are outweighed by the financial benefits of improvements to fuel economy and CO2 emissions of up to 14 per cent.

Combined economy and emissions in the A6 ultra with the S tronic transmission show the most impressive improvement, with up to 64.2mpg delivered along with CO2 output of 114g/km, while the similarly equipped Avant models offer up to 61.4mpg with 119g/km.

For business users the benefit-in-kind liability falls from 21 per cent in the outgoing version to 17 per cent, equating to a total annual charge for a 40 per cent tax payer of £2,380 - the lowest liability for a conventionally powered premium executive class car.

Trim grades are SE, S line and Black Edition spec and there will be ‘ultra' badging at the rear.