By Mike Torpey on 2014-02-10 - Driving Force news editor and responsible for organising our daily output. He was staff motoring editor of the Liverpool Echo for 20 years. 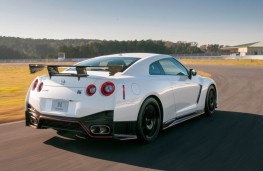 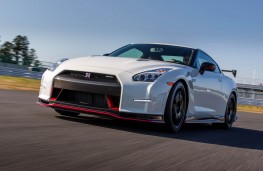 THE race-inspired version of Nissan's fiery super coupe, the GT-R Nismo, will make its debut at the Geneva Motor Show next month.

Its 3.8-litre twin-turbocharged V6 engine produces a massive 600bhp and with advanced aerodynamics generating a mound of extra downforce for exceptional road-holding, there's the potential for 186mph.

Nissan chief Carlos Ghosn said: "This is the fastest Nissan GT-R ever. With a 7:08.679 lap time, we can authoritatively say that it holds the volume production car lap record at the Nurburgring Nordschleife, which is the gold standard of high performance achievement."

And the Nismo's black six-spoke wheels are inspired by Nissan's GT-R race car which races in the GT500 class in SUPER GT.

It's a rare beast from Nissan

ONE of the most exclusive Nissans ever to hit our shores will cost £92,995...