By Maxine Ashford on 2014-02-16 - Maxine has been a journalist since the late 1980s and for the past 13 years has specialised in motoring. Former motoring editor at Media Wales responsible for the Western Mail, South Wales Echo, Wales on Sunday. Freelance since 2009, Maxine loves cars but not quite as much as rugby! 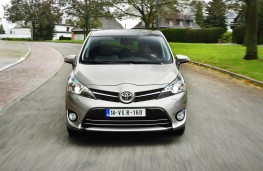 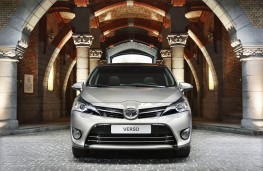 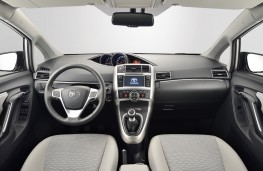 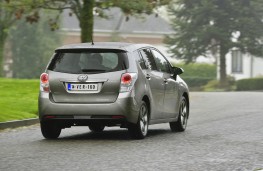 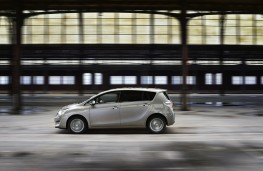 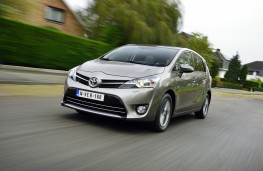 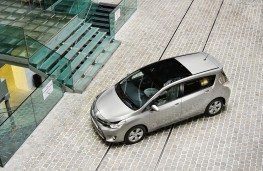 THE Toyota Verso was given a major mid-life facelift last year when a sleeker design profile, slimmer light clusters and a more dominant grille were introduced along with some other alterations.

And it's proved quite a success story for the company's compact MPV with a 20 per cent increase in model sales in the UK last year.

This powertrain, which was sourced from the BMW group and re-engineered by Toyota to meet its own design and packaging requirements, can achieve combined fuel efficiency of 62.8mpg and carbon emissions of just 119g/km.

It is available only with a manual gearbox with no plans to introduce an automatic alternative as yet, and it means the demise of the 2.0-litre diesel engine from the Verso line-up.

There is also a new trim level called Trend taking the total number of Verso grades to four - Active, Icon, Trend and Excel.

Trend adds an extra dash of style to the seven-seater multi-purpose vehicle and has a distinctive black rear pillar decal that helps to create a floating roof effect - a styling feature it shares with the new Yaris Trend.

The other major point of note regarding the 2014 Verso is the Toyota Touch 2 system, which is an updated version of the company's touchscreen multimedia system.

It is streamed to the driver via a high resolution 6.1-inch screen that uses four times the number of pixels that the original system used.

Then there is Toyota Touch 2 with Go which is standard on Trend models and a £650 option on Icon and Excel grades.

This upgraded version introduces full map navigation with clear signposts displays, junctions, lane guidance and real-time traffic information to warn of any congestion ahead. It also provides speed limit details, safety camera warnings and, in the event of an accident, offers direct access to the AA or emergency services.

We drove the new Verso model on a demanding road route in the south of France with winding inclines, hairpin bends and stretches of toll roads providing an interesting and contrasting challenge.

The car's gears had been fine tuned to offer ample acceleration and cruising as and when required. The six-speed manual gearbox was beautifully smooth and the 1.6-litre engine provided all the power and acceleration that was required.

The car climbed exceptionally steep inclines with ease and there were three adults on board with luggage so it was pretty well laden. And considering the route, we managed to see a fairly creditable 46mpg.

There was next-to-no engine or road surface noise even at higher speeds and the comfort levels front and back were good, although a little bouncy in the rear when hurtling along mountain roads at pace.

That said, corners could be attacked with confidence and there was no body roll to speak of.

At times the steering felt a little light, but the general all-round handling was impressive considering it was really pushed hard.

The Verso is up against some stiff opposition namely the Vauxhall Zafira, Citroen C4 Picasso and Ford C-MAX, but it is a great MPV and very competitively priced starting at £17,765 and rising to £23,995. It would seem Toyota has every right to feel confident about its latest incarnation.