Ghost rolls in to do

By Mike Torpey on 2014-03-05 - Driving Force news editor and responsible for organising our daily output. He was staff motoring editor of the Liverpool Echo for 20 years. 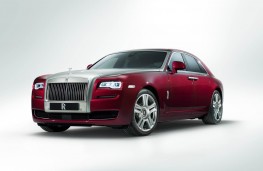 THE ultimate entrepreneur's business tool is how the new Rolls-Royce Ghost Series II model was described during its unveiling at the Geneva Motor Show.

Seen as a cornerstone of the luxury brand's success, the new model consolidates the Ghost's position as the most popular car in the ¬200,000+ class.

The company's CEO Torsten Muller-Otvos said: "Following the worldwide success of its predecessor, I am confident that this re-designed and updated Rolls-Royce will continue to attract increasing numbers of new customers to the marque, in particular business entrepreneurs seeking an oasis of calm in a frenetic business world."

This latest Ghost features re-sculpted LED headlights encircled by daytime running lights while a tapered ‘wake channel' on the bonnet, emanating from the Spirit of Ecstasy, evokes the sight of a jet's vapour trail or wake of a fast luxury yacht.

And a subtle re-sculpting of the car's bumpers creates a stronger stance and a sense of extra width and height.

In the cabin, the Series II has on-board Wi-Fi along with the Satellite Aided Transmission set-up which debuted in the Wraith last year.

And Rolls-Royce says the optional Bespoke Audio is the most exhaustively engineered and finest audio system in automotive history. 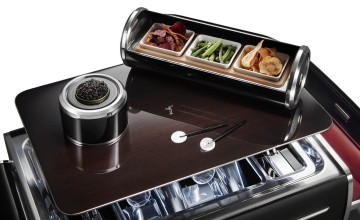 For the Rolls owner with everything

FOR the Rolls-Royce owner who simply must have everything there's now a way to...