By Ian Donaldson on 2014-04-11 - Ian estimates he has driven more than 6,000 cars (so far) in a road testing career that's taken him around the world. He has spent several years as a full-time staff motoring editor and is now a busy freelance journalist 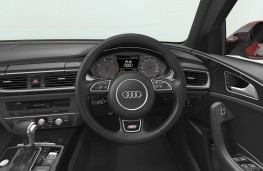 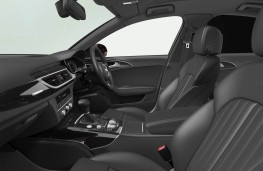 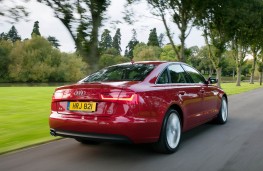 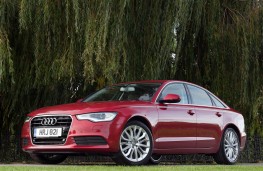 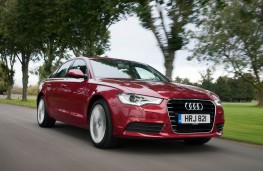 EVEN captains of industry with deep pockets sometime simply want a car that gets them to the next meeting with the minimum of fuss.

This car does that, in spades, while making its driver feel just a little happier about his lot in life than others he meets on the drive.

Not in a smug, toffee nosed sort of way, but by reassuring him (and it will probably be a 'he') that his car is subtly superb in an understated manner. Call it good taste, if you like.

This big Audi saloon can be bought for a lot less than the car driven here (from £30,985 to be precise) and barring bigger wheels it looks much the same.

Until you delve into the details, that is. Where you find the star of the show hiding beneath the bonnet in the shape of a powerful diesel engine.

So powerful its 300-plus horses shame some testosterone inflamed sports cars, yet so deliciously refined it's only heard when provoked; and then making such a lovely, muted roar you're likely to work the car hard simply for the noise.

That won't do anything for the fuel consumption, of course, but consider the remarkable near 48mpg in the official test and this A6 seems a bit of a miracle worker. A delicate right foot ought to coax out the upper 30s in everyday driving, enough to embarrass (slower) opposition.

But what about minimising the fuss of everyday road work? Second in line for its heroes' badge in this car is an automatic gearbox that slurs the changes through so gently you don't notice the rev counter dropping back as the cogs swap upward.

The heroic engineering count continues with permanent four-wheel drive, which will help put all those eager horses to work on the worst of road surfaces. Won't help when you need to shed speed, of course, so be careful at the first hint of snow.

Most Audis, indeed most bigger German cars, used to ride bumpy British roads like ducks bobbing on a gale-swept pond, especially with the optional larger alloys filling the wheel arches that proved too tempting to too many buyers.

Well, the car I drove came with £1,570 worth of big 19-inch alloy wheels and still managed to ride with assured confidence on everything thrown at it, from outside lane motorway to muddy and rutted country lane. Which was a pleasant surprise.

I expect the £2,000 worth of air suspension did its bit on the ride front, even if it displayed the continuing temptations of the options' list when contemplating the purchase of an upper crust German car.

With this and other extras (a £3,250 package including sat nav and adaptive cruise control, £1,000 for a better sound system and £2,500 worth of LED headlights), the bottom line swells to £59,920, which might make even the coolest of CEOs make a bit of a fuss.

Still, settling back into a seat covered in lovely leather (add £1,705) and heated too (£300), while opening the sunroof (£950) and admiring the metallic paintwork (£655) might make our captain of industry reflect that hard work had got him to a place where he could afford life's little luxuries.

And who could blame him. The (merest) hint of self satisfaction is priceless.