By Mike Torpey on 2014-04-11 - Driving Force news editor and responsible for organising our daily output. He was staff motoring editor of the Liverpool Echo for 20 years. 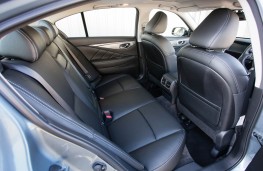 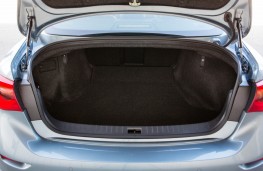 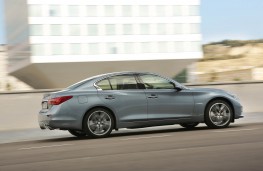 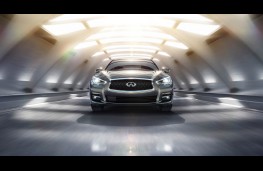 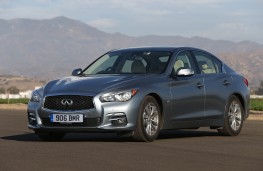 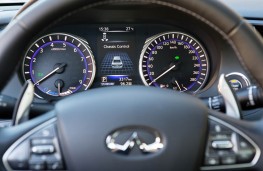 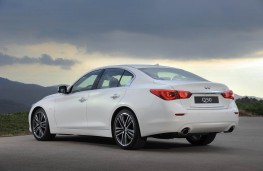 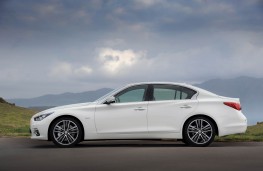 BACK pain - currently the largest reported reason for ‘throwing a sicky' in this country.

That's right, shuffle around in your seats to straighten the old spine.

There are those who insist it's an age thing, but actually remaining pain-free is more about exercise, posture and avoiding muscle strain.

The problem for folk who drive mid to long distances - or regularly spend hours in traffic queues - is that they can't shift easily around.

To the rescue comes Infiniti, the luxury arm of Nissan, and the space age seats in its new Q50 saloon model.

Infiniti's engineers looked to NASA's astronauts and found that the neutral posture adopted in zero gravity imposes the least load on the body.

With support for the spine from the pelvis to the chest, the seats have been shown to improve circulation by 15 per cent.

The result - "spinal support" front seats that remain fatigue-free on the longest of journeys.

Whether that's enough to make a buyer, and realistically we're talking business users, choose a Q50 rather than proven rivals like the BMW 3 Series, Audi A4 and Mercedes C-Class, is another question.

Infiniti sees the Q50's launch as a huge step forward and, though they don't come on every car including the tested model, there are technologies that give the Infiniti compelling appeal.

Stuff like Direct Adaptive Steering, whereby there's no physical contact between the steering wheel and the car's front wheels so you don't feel bumps in the road, and Active Lane Control which uses a camera to detect the lane the vehicle is travelling in, make travelling easier and safer.

Of the two engines up for grabs, the 170bhp diesel comes from Daimler and is also used in the Mercedes-Benz C-Class. Performance is handy at 0-62mph in 8.7 seconds and top speed is 143mph.

With the longest wheelbase in its area of the market, the Q50 has plenty of room for adult passengers and rear kneeroom is among the best.

That said, there may be five seatbelts but you wouldn't want to be piggy in the middle as the centre rear position is perched and horribly uncomfortable.

The boot is large though and the 60/40 split rear seat has access to the boot via the centre armrest.

On the road the Q50 looks attractive with its coupe-like styling and boasts road-holding to match, making it a tempting proposition for drivers who want to stand out from the crowd.