By Jon Smith on 2014-05-24 - Jon is a senior motoring journalist with a background writing for weekly/provincial daily and national newspapers and magazines. He has held executive news and features positions in Fleet Street and evening titles. Former Pirelli Motoring Writer of the Year winner. Currently specialising in product launches, safety issues, car tests and future motoring trends. 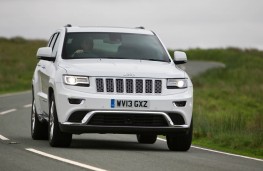 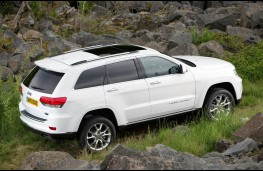 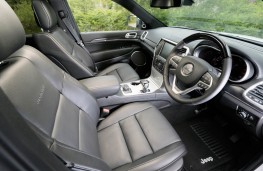 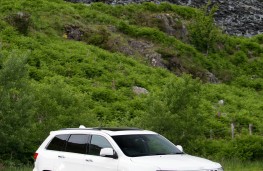 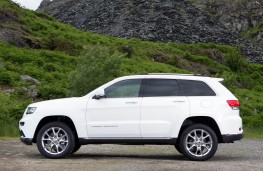 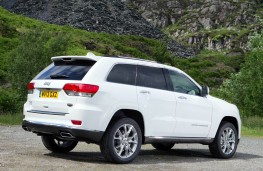 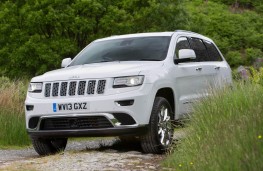 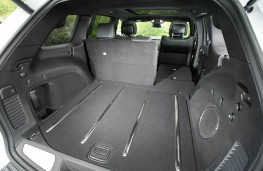 YOU can list them on the fingers of one hand - the truly iconic brands of the motoring world: Rolls-Royce, Ferrari, Aston Martin, Porsche (possibly) and Jeep (almost certainly).

The American off-roader manufacturer rose to fame with the Willys MB Jeep during the Second World War and never really looked back.

Boosted by numerous war movies, many featuring John Wayne behind the robust wheel of their vehicles, the marque is as American as Ma's apple pie.

The earthy and gritty Wrangler - resembling the original Jeep - is still being turned out but Chrysler's buying public are more interested in something a bit softer, a tad more luxurious that reflects today's fashion for big SUVs. Over to the Cherokee and Grand Cherokee then...

I tried out the newest Grand Cherokee which got its first airing last year. The changes in 2013 were fairly minor and included a creamy eight-speed manual transmission and some cosmetic tweaks, following an earlier ground-up makeover which closed the dynamic gap between Jeep and its European rivals such as BMW, Audi and Discovery.

Apart from a fire-breathing 6.4-litre SRT flagship version, all the Grand Cherokees get a 3.0-litre V6 diesel which knocks out 247bhp but is cleverly tuned to have reasonable economy and CO2 emissions of just below 200g/km.

In Overland form, as tested, it costs £45,695 which puts it right in VW Touareg and Disco territory. Typical of most US made models, it is packed to the brim with goodies - bi-xenon headlights, leather upholstery, roof rails, 8.4in sat-nav screen, electric seats, electric sliding panoramic sunroof and rear reversing camera are all in with the price.

None of this will come as a surprise - it's the way the Americans like to be served their autos. But how does it drive on pock-marked, windy UK roads? Surprisingly well, is the brief answer.

The yawing sway that used to blight the old Grand Cherokee has been banished and the tall five seater boasts ample poise and just moderate roll when hustled through twists. The steering remains on the light side, in my view. But it is neither vague nor woolly.

The four-wheel-drive system is supplemented by settings for snow, sand, mud and rock plus auto which allow the micro-chips to make up their mind according to conditions.

The V6 diesel is smooth and gutsy and will take the Jeep to 62mph in 8.2 seconds. Top speed is 126mph. I loved the new eight-speed gearbox for its fluent, easygoing changes and its ability to second-guess the driver's intentions. Official combined economy is 37.7mpg, but my average was about 8mpg below this figure.

The interior is smart and durable-looking rather than high fashion. There's plenty of room for five, as there should be in a car the size of a small bus.

The boot can carry 782 litres of luggage and the back seats easily flip flat to further boost cargo space. One minor grouse is the sat nav which I found to be too sensitive for easy use... it also got me lost on one occasion!

Big, bold and full of character, the Grand Cherokee is a solid workhorse that's easy to live with...as icons go. 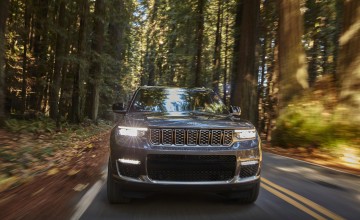