By Bruce Booth on 2014-06-08 - Bruce left the Daily Record three years ago after 23 years as a sub editor motoring writer to wind down a long career as a freelance motoring journalist. Still supplies new and used car columns as well as covering motorsport for the Record and for Eurekar 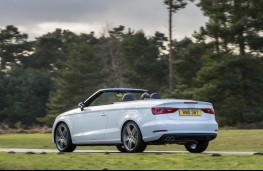 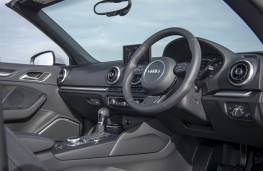 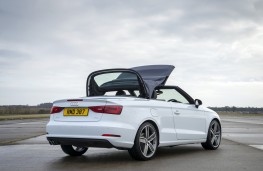 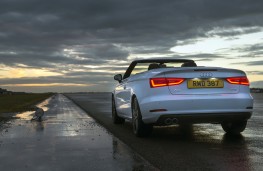 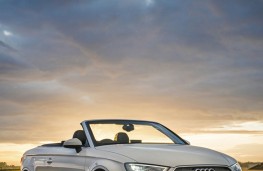 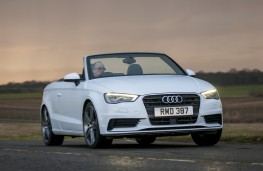 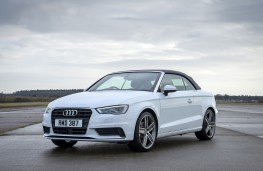 SUMMER time is just around the corner and for motorists at least, there's no better way to enjoy those long sunny days and sultry evenings than behind the wheel of a sexy open-top cabriolet.

One of the latest model to join the growing ranks of wind-in-the-hair models is the Audi A3, a brand new version of the German marque's highly-successful three-door, four-seater convertible which was first launched in 2008.

As with the previous model, Audi stick to a powered canvas roof rather than going down the folding tin-top route favoured by many other manufacturers and it does the job well, isolating those on board from outside noise while keeping the elements at bay.

With the roof down and the windows up, those sitting in the front seats are pretty well protected from wind buffering, providing an optional windbreak is fitted.

If there's someone sitting in the back, then be prepared for a windy journey, especially if the car is travelling at any speed, but hey, that's what open-top motoring is all about.

The newcomer sits on the same platform as its A3 saloon sibling making the new car longer and wider than the outgoing model.

This means there is more room for those sitting in the back and around 20 per cent more luggage space in the boot, although the tight hatch means you can still struggle to get those more bulky items through the hatch opening.

However, the split rear seats also fold down, meaning the boot can be accessed through the car's interior.

On top of the boot sits the roof storage area which can be used for additional storage when the roof is in place. The roof itself can be lowered in less than 20 seconds and can be raised again even while the car is travelling at up to 31mph, just perfect for those showery days.

No fewer than 21 models are available thanks to a choice of four power units, three trim levels and even quattro four-wheel-drive in the larger petrol-powered engine.

The petrol choice comes via a 138bhp, 1.4-litre TFSI cylinder-on-demand unit which shuts down two cylinders when not needed to save fuel and chop emissions.

Next up is the larger 177bhp 1.8-litre TFSI engine, which is mated to either a six-speed manual or seven-speed S tronic gearbox. Quattro versions are also available with this power unit.

Two diesel engines - either a 108bhp 1.6 TDI or the tried-and-tested 147bhp two-litre turbo unit - make up the range which are available in SE, Sport or S Line trim levels.

My choice would be the larger diesel, which offers strong performance thanks to its whopping 147bhp and 340Nm of torque. Top speed is a more-than-adequate 139mph while the 0-62mph dash can be completed in just 8.9 seconds.

Having said that, around one third of buyers will opt for the 1.4-litre TFSI version. With 138bhp on tap, performance figures so closely match those of the diesel that it's hardly worth making a comparison, only to say that the choice would all be down to fuel economy versus on-the-road price.

While the diesel has the more expensive price tag of £27,240 against £25,790 for the small petrol version, the turbodiesel does offer 67.3mpg compared with 56.5mph for the TFSI, so buyers would have to get their sums right if its all down to a matter of economy.

Another choice buyers have to make is that of suspension set up, for Audi offer three differing settings for stiffness and ride height, so getting the right one to suit is an important issue. For those unsure, standard SE setting offers a nice balance between comfort and a teeth-chattering hard ride you can expect on our patched-up roads.

As with every Audi you pay a premium price, but in return you do get the very best and the overall quality of the A3 Cabriolet is as good as you will get in the German brand's flagship models.

The fittings and fixtures, from switchgear and plastice, to carpets and upholstery, has been made to last the test of time, while the overall design from the dashboard dials to the infotainment screen are up there with the very best. 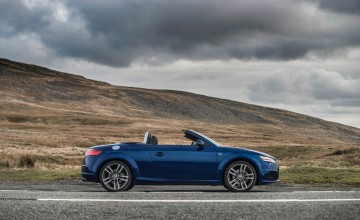 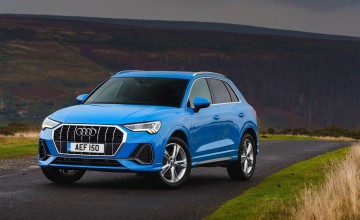 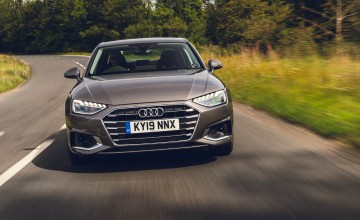 AUDI have produced a memorable motor in more ways than one with the updated...