By Ian Johnson on 2014-08-03 - Ian has been a member of Driving Force since its inception. He began his career in journalism in 1962 on the Cheshire Observer and took over the paper's motoring column in 1966. Specialist areas include classic cars, product launches and automotive comment. 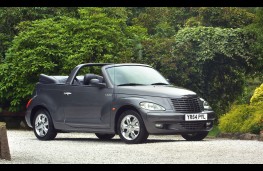 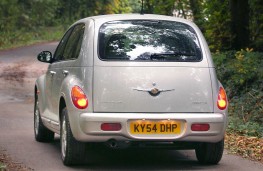 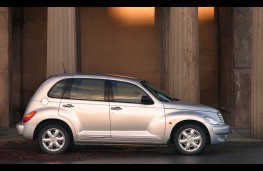 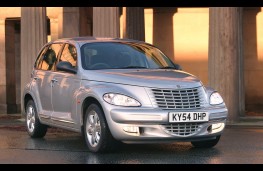 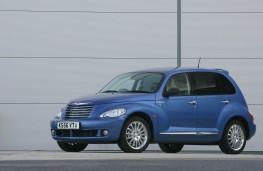 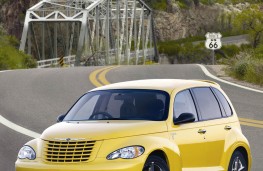 SOME more modern cars are heading for classic status and these include a few of the more quirky designs of the last decade or so.

And they don't come more quirky than the Chrysler PT Cruiser, a somewhat wacky attempt to bring some American retro to the UK's roads.

The PT Cruiser looked like something a Batman villain should be driving and evoked the gangster era in the States.

They all said it would never catch on in the UK, but the British motorist was never one to be guided by general opinion and in some measure took the PT Cruiser to heart.

The car was launched in the USA in the early 2000s and offered a degree of practicality, being a roomy car for five.

Early models were lacking in engine choice and a lacklustre interior, but is 2005 a cabrio was unveiled and in 2006 the PT received a well-deserved makeover with a real retro interior and a punchy 2.2 diesel.

PT stands for Personal Transport and it certainly lived up to its name, appealing to the individual who wanted to draw seconds glances to driveway bling.

The car was nearly a Plymouth but was given the Chrysler plate on the discontinuation of the Plymouth brand.

The convertible featured a sport bar for added protection and caused airflow to rise over the rear seat passengers resulting in a more breeze-free drive.

The convertible ceased production in 2007 and in 2010 Chrysler decided to delete the PT altogether. Worldwide production totaled 1.35 million units.

In the UK the PT Cruiser was no cheapie with prices ranging from £12,995 to £18,575 in 2008, but many are now in the bargain basement of used cars because the early models lacked the 2.2 diesel and the finesse of the later model.

Some early can cost just hundreds now and anyone contemplating one should be aware that there were some mechanical problems and servicing can cost.

As a measure of the differing opinions this car created it is amusing to note that in 2001, Car and Driver in the USA voted it Car of the Year, yet in Britain, a certain controversial TV motoring show branded the cabrio as one of the worst cars of the last 20 years.