By Mike Torpey on 2014-08-06 - Driving Force news editor and responsible for organising our daily output. He was staff motoring editor of the Liverpool Echo for 20 years. 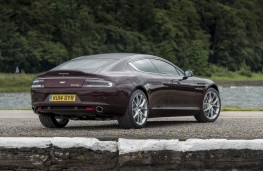 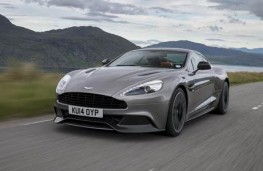 EXTRA wallop with improved fuel economy will combine to make a pair of the most desirable sports cars on the road even more compelling.

The dynamic duo come from British icon Aston Martin in the shape of the successful Vanquish GT and Rapide S four-door, four-seater.

Aston promises that the arrival of the 15 model year will see the pair also providing an even more honed, precise and responsive driving experience.

Both will come with a new Touchtronic III eight-speed automatic transmission - the first time this state-of-the-art gearbox has been incorporated into a transaxle layout.

The brand's engineers have worked with technical partner, ZF, to develop the eight-speed technology, an upshot of which is swifter acceleration.

So the Vanquish drops from 0-60mph in 4.1 seconds to just 3.6 seconds while the Rapide S is capable of the same sprint in 4.2 seconds - also down by a full half second from its previous figure of 4.7.

Changes to gear and final drive ratios allow the cars to be not only quicker but also more frugal, with reduced emissions too.

In both cars the CO2 figure drops by an average of ten per cent - down to 298g/km for Vanquish and 300g/km for Rapide S - while economy is boosted to 31 mpg, on average an 11 per cent improvement on the extra urban cycle.

And combined with a revised final drive, the ratio changes also mean both cars are for the first time now capable of topping 200mph.

As for styling, there are new ten-spoke forged alloy wheel designs, available in a variety of finishes, plus the Diavalo Red paint job previously limited to the V12 Zagato and new leather trims. 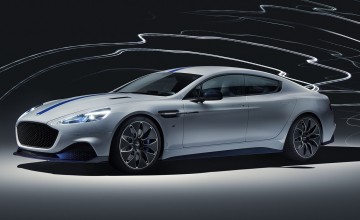 THE long-awaited return of one of Britain's most revered luxury car brands will... 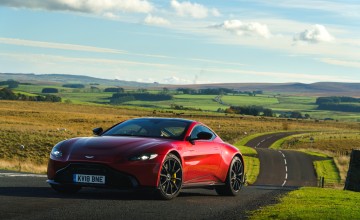