By Chris Russon on 2014-09-21 - The driving force behind Eurekar. Chris heads up a team of motoring correspondents under the Driving Force banner. Prior to Driving Force becoming independent in 2010 he was Chief Motoring Editor for Trinity Mirror Regional newspapers. Chris has been writing about cars for almost 40 years. 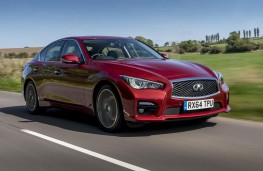 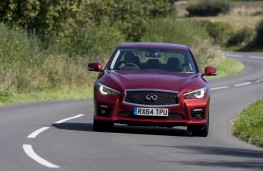 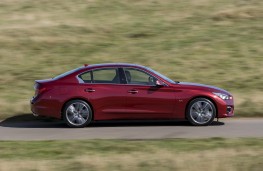 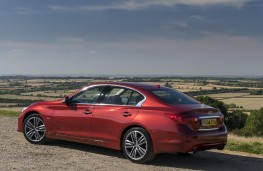 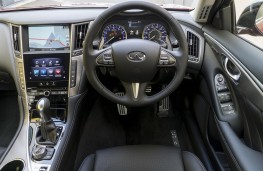 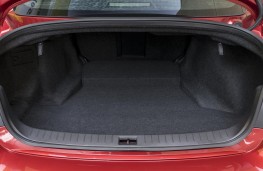 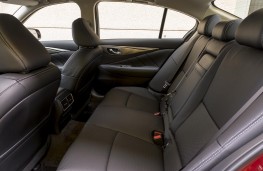 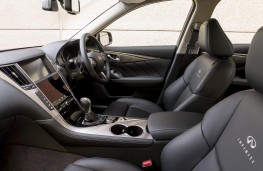 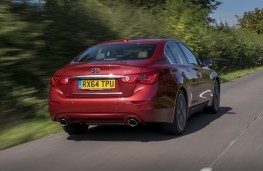 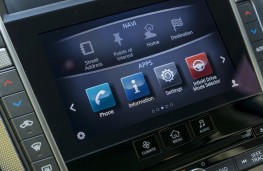 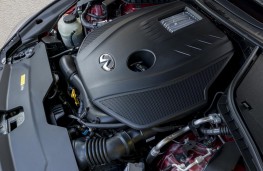 FORGING a link with Daimler-Benz can be no bad thing and for Japanese luxury car maker Infiniti it may be a turning point.

Already the relationship has seen a lean burn diesel engine from Mercedes make its way into the new Infiniti Q50 sports saloon.

Now comes a 2.0-litre turbo petrol engine which puts the Q50 on an equal footing with Europe's other top marques.

It's an engine similar to that which powers the Mercedes C-Class but has been remapped to make the Q50 big on torque.

Without a doubt it makes the Q50 the best Infiniti has come up with so far - but it is still a car which takes getting used to.

The main issue is with its ‘adaptive' steering which is a drive-by-wire system. That means there is no physical connection from the steering wheel to the road and it makes the Q50 quite impersonal.

Infiniti wants the Q50 to be up there with the likes of the Audi A4 and BMW 3 Series and while it rides well the overall feel is that it is as not as well connected as the German alternatives.

The car we tried was also fitted with a full set of high tech safety devices to stop lane drifting and to enable automatic braking in slow moving traffic.

Laudable though such devices are, in everyday use it can be a different matter and they appeared to be over-zealous in some circumstances and too keen to intervene.

Driving the Q50 there is a peculiar feeling that it is the car which knows best and not the driver.

The version we sampled came with some £7,000 worth of extras fitted and those included a sophisticated navigation system, a high end Bose sound pack and all-round cameras to help manoeuvring.

With such equipment it is definitely in the premium league and compared to its rivals, competitively priced.

The interior is luxurious, comfortable, roomy and very well equipped with two touchscreen to operate most of the ancillary functions such as the air con, audio and sat nav. There is even a G-fore meter if you delve deep into the software.

Its looks are executive grade and so is the all round demeanour of the car. Boot space of 500 litres is on the large side and another plus point.

In a sense the Q50 is a breath of fresh air in a market that has become dominated by the Germans and another feature to please the purists - until it comes to winter - is that the Infiniti is rear wheel drive.

Infiniti does off an all-wheel-drive option on the flagship Q50 hybrid - but that's a £41,600 vehicle before extras.

There is plenty of power from the turbo which develops 211ps and thanks to a multi-mode drive selector it can be very brisk in the sports settings. Top speed is 150-plus and 0 to 60 a fraction over seven seconds.

Manual gear shifts can be had from paddle shifters and it can move rapidly through the box. Nevertheless, and with the help of stop/start, the official fuel return is 43.5mpg with emissions of 151g/km.

We managed to average 33.6mpg and that was on a mixed drive across the Peak District and through the suburbs of Manchester.

On the road the Q50 is quite serene with noise levels inside well suppressed. The ride is accommodating and smooth but the whole experience is not as engaging as on other sports saloons and that is all down to the steering.

The new engine with its lower CO2 figure takes Infiniti away from its gas guzzling image - its V6 and V8 models are well received in the US but don't really hit the mark over here - and much more appropriate for European demands.

Nevertheless, there is still a way to go for Infiniti and the Q50 needs to be much more of a driver's car for it to fit the bill in the current sports saloon market.