By Jon Smith on 2015-04-04 - Jon is a senior motoring journalist with a background writing for weekly/provincial daily and national newspapers and magazines. He has held executive news and features positions in Fleet Street and evening titles. Former Pirelli Motoring Writer of the Year winner. Currently specialising in product launches, safety issues, car tests and future motoring trends. 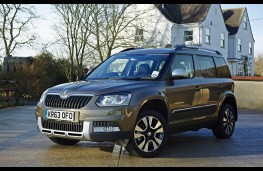 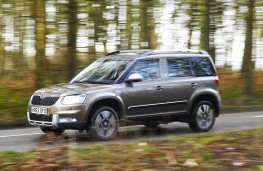 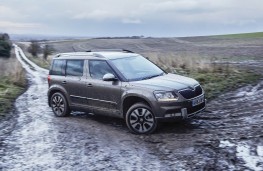 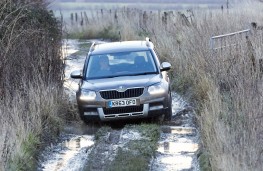 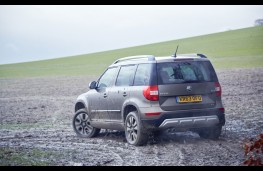 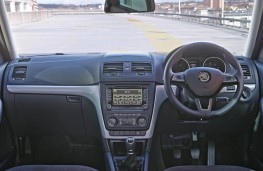 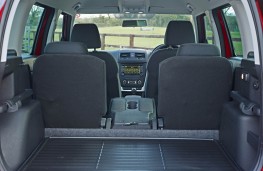 RUGGED, good value and tough...all adjectives that can be correctly attached to the Skoda brand.

Once the butt of jokes, the Czech car maker under the watchful eye of mega-giant VW has gone from strength-to-strength by focusing on the family motorist who is cost-conscious but won't accept shoddiness.

All of which makes it slightly surprising that the all-purpose, all-wheel-drive Yeti didn't make an appearance until 2009.

The boxy shaped five-door SUV/people-carrier was treated to a facelift about 18-months ago when the Outdoor version emerged with appropriately rugged adornments signalling that it is more than capable of venturing from Tarmac to rough stuff. Sadly, the minor restyle repositioned the cheeky, little spotlights from the nose that differentiated the Yeti from other Skodas.

The big bonus of the larger diesel is that it blends lusty performance and towing capability with unusually good economy.

The engine has a distinctly tractor-like sound at tickover, but put up with that for a while and the noise soon dies down and you can enjoy the performance with relatively little mechanical commotion.

Stark figures show the 138bhp Yeti will polish off the 62mph dash in under 10seconds and go on to a max of 118mph - pretty good for a five-seater shaped like a house-brick.

The high gear acceleration is more impressive than the stats suggest, making it excellent cross-country transport helped by the high stance which allows you to see over other cars and low hedges.

Despite the tall stance, the Yeti drives more like a car than an SUV with light controls, deft handling and pleasantly precise steering. Inevitably, there's some body-roll during cornering but the payback for this is the compliant ride which only becomes unsettled over really poor surfaces.

The official combined fuel consumption is 48.7mpg and my average of 43mpg is probably representative of most owners.

Families will relish the acres of space within the square body. Not only is head and shoulder room immense but the boot will swallow up 416 litres of luggage. This expands to 1,580 litres when the rear seats are flipped down.

You can even remove them altogether for a further 180 litres of cargo. Thoughtful touches include a removable box and removable LED lamp in the luggage compartment.

A similarly sensible and practical approach is applied to the rest of the cabin with plenty of space for oddments and water-bottles. Quality plastics are used and there's a general air of ruggedness that promises longevity.

The Outdoor version with intelligent four wheel drive senses what's going at each wheel and quickly transfers power to where it is most needed. Ice, snow and slippery conditions are easily coped with. 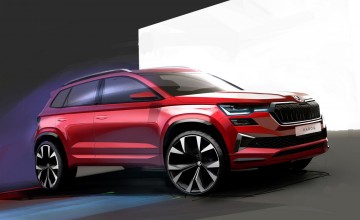 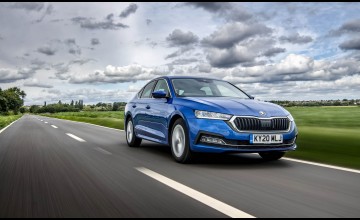