By Lee Gibson on 2015-04-18 - A journalist with nearly 30 years of experience on some of the biggest regional newspapers in England and Wales including the Birmingham Mail, Express & Star, Western Mail, the Sunday Mercury and Wales on Sunday. He currently edits the Sunday Mercury motoring pages as well as contributing to Eurekar. 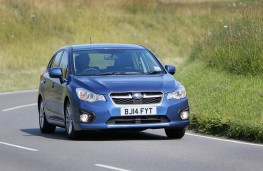 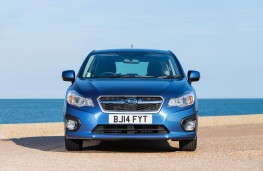 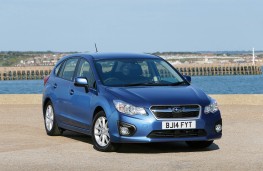 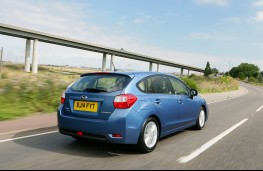 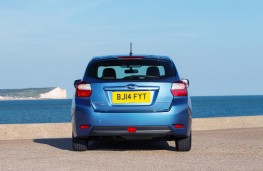 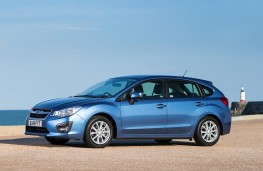 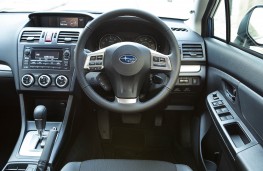 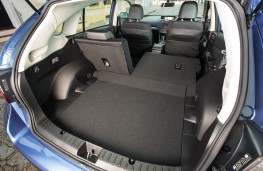 IT may have an illustrious name - but the current Subaru Impreza is a far cry from the rallying icon of the late 1990s.

The high-powered performance model descended from the Japanese marque's three-time World Rally Championship winner dropped the Impreza from its moniker several years ago and just goes by its WRX STi tag these days.

That motor, with its aggressive styling, turbo roar and huge rear wing still has a direct lineage back to the cars driven by the late Colin McRae and company in Subaru's motorsport heyday.

The vehicle known as the Impreza today is a much more restrained affair, aimed squarely at the family hatchback market rather than speed-obsessed petrol heads.

Temporarily withdrawn from UK sale because of unfavourable exchange rates with the Japanese Yen, it returned to British roads last year ostensibly to do battle in one of the toughest market sectors.

Arguably, though, the Impreza has a niche all of its own because, being a Subaru it comes with the manufacturer's renowned symmetrical all-wheel drive system as standard - unique in this class and price range.

Quite what that offers for daily use is open to debate, though. The Impreza has no rugged protective cladding or any increased road clearance so trips off-road are realistically limited to nothing much more challenging than a muddy field.

During wintry weather it will certainly keep you going on the school run when some might not even get off the drive - although you'll probably find the school closed when you get there.

And with Subaru's 4x4 expertise well proven, grip is impressively assured in all conditions and instills confidence when driving.

Subaru's other trademark, the horizontally-opposed, flat-four Boxer engine, is also featured here but, with the UK Impreza range restricted to just one model, there's only one option available - a fairly tame non-turbo 114bhp, 1.6-litre petrol unit with an automatic start-stop system.

You can pair it with a five-speed manual or the constant variable transmission (CVT) which my car had.

The CVT will cost you a little in terms of acceleration and top speed but offers better average fuel consumption, at 46.3 miles per gallon, and carbon emissions, 140g/km.

Performance is modest in truth, but that isn't necessarily a bad thing here.

If you expect an exciting, engaging drive around winding B-roads this, unlike its rally-inspired, turbocharged previous namesake, may not be the car for you.

But if you want a durable family wagon that's relaxing and easy to drive around town then it could be worth a look.

While it is a little hesitant under sharp acceleration, the CVT is smooth and unintrusive in urban traffic where the light, accurate steering helps with manoeuvring.

Once up to speed motorway cruising is also smooth and untroubled, although the thrum of the Boxer engine is evident at high speeds.

The cabin is roomy and comfortable and, while it favours function over form, everything is simply laid out and easy to use. Materials have improved on the previous Impreza but there is still a lot of dark, scratchy plastic on show.

One new addition is a multi-function colour display screen, but it is rather small by today's standards and recessed quite a way into the dash.

The boot, at 380 litres is spacious with a further 15 litre compartment under the floor to keep valuables away from prying eyes - and with the 60/40 split rear seats folded down load capacity rises to 1,270 litres.

With only one trim level Subaru have wisely thrown in all the essential kit including 16-inch alloys, front and rear fog lamps, dual-zone air-conditioning, heated front seats, automatic lights and wipers, powered wing mirrors, Bluetooth, stereo with USB and aux-in jacks and a reversing camera - although strangely no parking sensors.

While it may not trouble the class leaders, this is certainly a capable and practical hatchback which could appeal to contrary folk simply because it's different to the norm.