Daddy of the modern

By Ian Johnson on 2015-06-08 - Ian has been a member of Driving Force since its inception. He began his career in journalism in 1962 on the Cheshire Observer and took over the paper's motoring column in 1966. Specialist areas include classic cars, product launches and automotive comment. 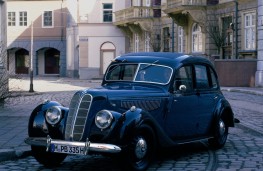 THERE is no doubt that the BMW 3 Series is one of the finest sports saloons to reach the modern marketplace and it owes its development to a very smart ‘3' Series that was produced just before the start of the Second World War.

Based on the successful BMW 326 model, the new car, dubbed 335 featured a longer chassis in order to accommodate a larger more powerful 3.5-litre 6-cylinder engine.

This was one of the live-wires of the German automotive arena and could accelerate up to 90mph.

At the time, BMW was learning fast about the benefits of torque and the 335 could reach its highest performance at just 3,500rpm.

Sadly, like some other automotive rarities, it was launched in 1939 as its home country entered into hostilities and the car only attained 400-odd units before production ceased.

Even so, it was made in four-door saloon and two-door cabriolet styles and remains one of the best German cars of its time.

It came about due to the success of the 326 which led BMW to make a spirited challenge to the commercial dominance of Mercedes-Benz and the company drove confidently upmarket.

The 335 sustained BMW's reputation for innovation, being the first car to offer a four-speed gearbox with synchromeshon all ratios.

Strangely, a prototype 335 was first presented at London in 1938, the car having been branded for these purposes as a Frazer Nash, due to close business links between the two companies.

The 335's design was led by Fritz Fiedler who would work later for Frazer Nash's successor company in London.

Interesting to note that that this early BMW sports saloon had such close links with Britain which loves the latest 3 Series so much. 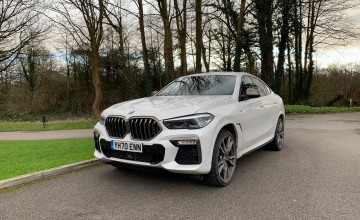