By Mike Torpey on 2015-09-10 - Driving Force news editor and responsible for organising our daily output. He was staff motoring editor of the Liverpool Echo for 20 years. 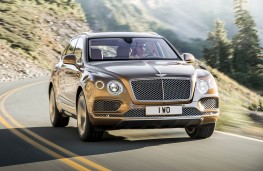 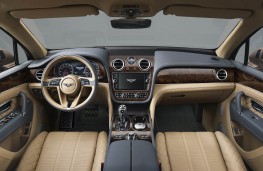 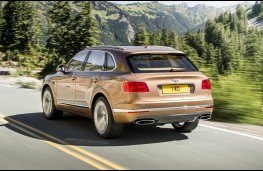 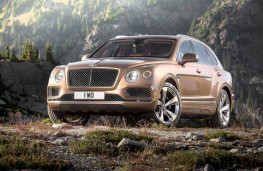 BENTLEY has unveiled what the luxury brand describes as the fastest, most powerful, most luxurious and most exclusive SUV in the world - and it will cost a princely Â£160,000.

Capable of scorching to 187mph as well as clambering up the side of a mountain, the new Bentayga SUV will make its public debut at this month's Frankfurt Motor Show.

And the Crewe-based company has lofty predictions for the newcomer, due early next year, as a worldwide clamour for upmarket 4x4s shows little sign of abating.

Beneath the Bentayga's bonnet is a new British-built twin-turbo 6.0-litre W12 engine developing 600bhp and 900Nm of torque.

It can blast the Bentley from 0-60 in a fleeting 4.0 seconds and on to that top speed of 187mph, quicker than any other vehicle of its type on the market.

But despite Stop/Start technology, and the availability of a coasting function, Bentayga drivers shouldn't expect to squeeze much more than 22 miles per gallon from their palace on wheels. CO2 emissions are also high at 292g/km.

And whether in four or five-seat configuration, all the leather seats have a quilted diamond pattern - echoing the design of a British hunting jacket.

You also get a full-length panoramic sunroof and hands-free tailgate while a unique Bentayga feature is the optional folding event seat.

Bentley says the development programme for the new car has been the most exhaustive in the brand's history, ranging from the dirt and gravel of South Africa and the dunes of Dubai to muddy Cheshire fields, and from -30Â°C in the frozen North Cape to searing 50Â°C desert heat.

It has also driven more than 400 laps of the Nurburgring Nordschleife circuit, as part of developing the dynamic performance of the chassis and fine-tuning control and stability systems.

Bentley chairman Wolfgang DÃ¼rheimer said: "With this extraordinary car we are looking forward to an exciting period of strong growth and sales success for Bentley. The Bentayga is the next step in our brand's bold future."

SOME time back if you had suggested that prestigious marques like Bentley and...