By Patrick James on 2015-09-19 - The author has been a motoring writer for more than 16 years. Formerly motoring editor at the Coventry Telegraph, he now produces motoring copy, on new car launches and road tests on a freelance basis. 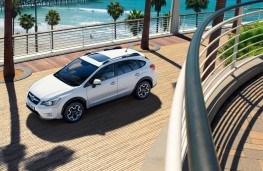 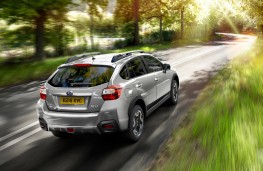 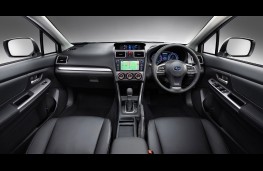 SUBARU is one of those brands that evokes thoughts of fire-breathing four wheel drive rally cars like the WRX STi and the firm's excellent Boxer engines.

These days it is more family/business oriented with a small stable featuring crossover/all wheel drive estates like XV, Outback, Forester as well as the sporty Impreza and BRZ, which appeal to a niche market.

Four wheel drive enthusiasts always take time take a look, partly because there are not that many on the roads, and the XV was no exception.

Another enthusiast was the other half. Not always with much to say about cars, she was immediately smitten with this one.

She likes high-off-the-ground big vehicles, and, being of small stature, liked fact that she could get in to the vehicle, find a comfortable driving position, have good all round vision, find the gearbox easy to use and enjoy the manoeuverability.

Not all would agree, but I am with her on this one. 'Ordinary, but nice' was her description.

Not quite that ordinary perhaps, now it has now undergone a mini revamp, with better quality interior, major re-tuning of chassis improves ride and handling and soundproofing measures for better refinement.

It is also well equipped and now features a new touchscreen infotainment with voice control and navigation and offers a five-year, 100,000 miles warranty. Even with these upgrades, it is not cheap. The entry-level model is a smidge under £22,000.

Potential buyers will not be confused by a huge number of options with either a two-litre petrol or diesel horizontally opposed Boxer engine available in either SE or SE Premium trim. Petrol model buyers can choose between either a six-speed manual or CVT automatic.

It is quite a stylish looking vehicle, as many of the crossovers are with, sleek, almost coupe-like lines and curves, high ground clearance, large glass areas and smart alloy wheels.

Boasting the lowest centre of gravity in the compact crossover class - and the highest ground clearance - changes to the car's suspension have been designed to result in a smoother ride, which is just what the other half loved, but still feeling stable and composed thanks to the lower centre of gravity.

The interior design, still looks a bit dated although has decent soft touch finish. It now has an all new instrument binnacle with blue dials and new graphics. There are new metallic and piano black accents throughout the cabin for the central console, dashboard and steering wheel switchgear and arm rests.

Many upmarket motors these days now feature an infotainment/major control system as part of a central touchscreen and the new seven-inch touchscreen display allows smartphone-style control over the advanced navigation and sound features and the latest voice control facility as well as housing a standard-fit rear view camera.

Information is also displayed on a screen above the dashboard which gives information on the car's systems, including the status of its permanent all-wheel drive system, as well as fuel economy and trip information.

Another neat touch is an extra USB jack, allowing occupants to listen to music from one USB-compatible device while charging another at the same time.

So it is well equipped and has a roomy interior where the large glass areas allows plenty of light to flood into the cabin. Five adults have plenty of head and legroom while the boot space is good, with 380 litres, which can be expanded to 1,250 litres, with the rear seats folded down. There is plenty of other stowage space including a central bin between the front seats and various other pockets and cup holders.

On the road, the petrol engine proved a lively and refined performer, delivering plenty of pace and claimed economy of 40-odd mpg. It hit 60mph from a standing start in just over 10 seconds and CO2 emissions of 160g/km are pretty reasonable for a petrol, all wheel drive vehicle.

The high-level of soundproofing means occupants are well protected from engine and road noise, although there is some wind noise intrusion.

All Subarus are safe with the XV awarded a five-star Euro NCAP crash safety rating.