By Ian Johnson on 2015-09-25 - Ian has been a member of Driving Force since its inception. He began his career in journalism in 1962 on the Cheshire Observer and took over the paper's motoring column in 1966. Specialist areas include classic cars, product launches and automotive comment. 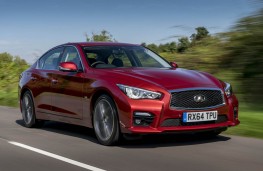 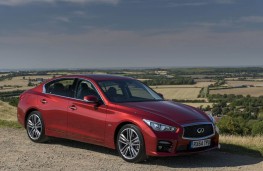 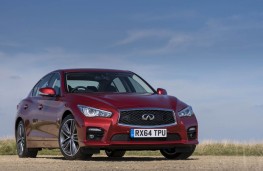 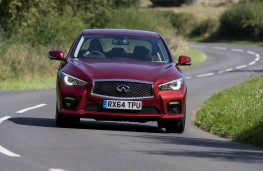 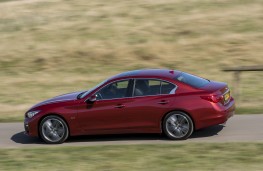 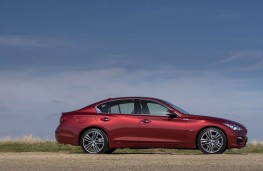 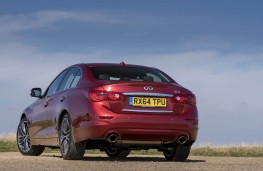 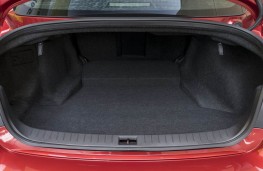 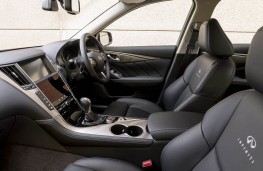 AFTER the success of Lexus, the premium arm of Toyota, the giant Nissan Corporation stepped in with its own posh brand, Infiniti.

And this was no tribute act but a range that exhibited a very different character from anything else on the market.

The problem was that Infiniti was launched in the credit crunch in the UK but it weathered the storm admirably and now produces some of the most interesting cars on the road.

One of which is the Q50 saloon, seen at its undoubted best in the Hybrid AWD version which will set you back £42,340.

This is a completely different animal to the original G37 saloon, being bang up to date in every way but without compromising its originality.

Don't ever assume that this is a mere alternative to Mercedes, Jaguar or BMW because it is a real stormer in its own right.

Under the bonnet is a 3.5 V6 petrol engine linked to a 68ps electric motor, giving a combined power output of 364ps. And the torque figure of the two motors, 546Nm is just as tasty.

On the road, top speed is limited to 155mph and the 0-62mph sprint factor is a highly creditable 5.4 seconds.

And the driving experience is made all the better by Infiniti's intelligent all-wheel-drive system which makes this car as nimble as a cat when winding it through sweeping bends.

This is one of those cars that embodies all that is good about modern technology. There are gadgets galore but no needless gimmickry which is a big plus in my books.

The drive is transmitted through a seven speed automatic box making for a very smooth experience.

This being a hybrid, emissions are low at 159 g/km which is impressive for such a performer and fuel economy is high in the ratings with a combined readout of 41.5mpg.

The Q50 is one of those cars that impresses with its stopping power as well as its performance. Part of the package are opposed calliper sport brakes which give this large sporty saloon stopping power of almost supercar status.