By Lee Gibson on 2015-10-31 - A journalist with nearly 30 years of experience on some of the biggest regional newspapers in England and Wales including the Birmingham Mail, Express & Star, Western Mail, the Sunday Mercury and Wales on Sunday. He currently edits the Sunday Mercury motoring pages as well as contributing to Eurekar. 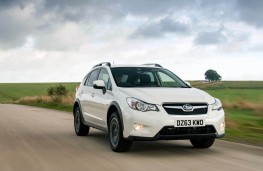 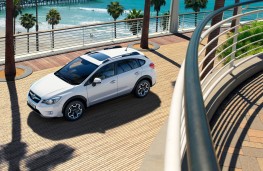 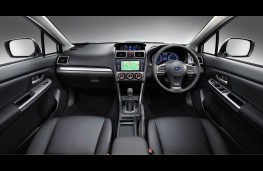 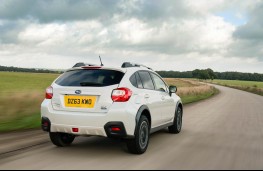 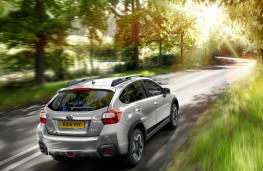 WHEN it went on sale in 2012 there were high hopes that the XV would be the car to help Subaru shake off its niche status.

Best known for its rugged estates and the bonkers WRX STi performance saloon, the XV marked a firm step into the mainstream for the Japanese manufacturer.

Going head-to-head with the all-conquering Nissan Qashqai and a raft of other established rivals in the hugely competitive crossover/SUV market place, however, was a tough ask.

Nevertheless, the XV has played its part as Subaru has enjoyed something of a boom in the UK of late, with figures for August showing a 25 percent increase in new registrations year-to-date on the same period in 2014.

And a host of improvements introduced in the summer will do no harm at all as they have improved it in key areas.

There is a ‘Lineartronic' constant variable transmission option for the petrol but the oil-burner I drove is paired exclusively with a six-speed manual gearbox.

It's a combination which offers plenty of grunt from low revs and helps propel the XV from 0-62mph in well under ten seconds and onto a top speed of 123mph.

But to better harness this perky performance, the chassis and steering have been extensively re-tuned and the XV now feels much more nimble and responsive from behind the wheel.

It's lightweight construction and low centre of gravity had always made this a well-balanced SUV, but the changes seem to have sharpened everything up a little and this is certainly an enjoyable and engaging car to drive when circumstances permit.

Subaru's trademark all-wheel drive system is fitted across the range and, as well as tremendous grip, offers some proper off road smarts, befitting the new XV's elevated road clearance and unchanged chunky styling.

In truth, though, the driving dynamics and performance of the XV have been pretty decent since it first hit the road so it is the interior changes which catch the eye the most.

There is still more hard plastic on show than you may like but where the surfaces are more pliant there is a quality feel to them.

The previously drab but functional cabin is also lifted by the inclusion of piano black and metallic highlights on the central console, dashboard, steering wheel switchgear and arm rests, while the LCD instrument panel has been redesigned to feature contemporary blue dials with new graphics.

This all helps to give the XV a more upmarket, modern feel which is capped off by the inclusion of an all-new infotainment and navigation system, first seen on the new Outback earlier this year.

The seven-inch touchscreen display features smartphone-style swipe and pinch functionality for map displays and can also be mated to smartphones and tablets via a range of bespoke apps which are available to download and offer weather and traffic reports, wireless audio, news updates and a calendar.

The system is standard across the range and also includes a reversing camera - a useful feature which I increasingly miss when it's not there.

Be warned though, the high-tech sat nav is sometimes too clever.

On one trial trip I was diverted to an unfamiliar route to avoid delays and, without warning or choice, directed straight onto a toll road. Presumably given more time than I had, you may find a way to de-activate this re-routing function - or at least an option to avoid certain road types.

When the sa tnav is not leading you astray though, the XV is a pretty decent motor to travel in. There's plenty of room for four adults, loads of personal storage space, a decent sized boot and improved soundproofing means that the characteristic thrum of that Boxer diesel engine is less intrusive than it was before.