By Robin Roberts on 2015-12-05 - Has had with a career spent covering the automotive industry and particularly its Welsh component suppliers - he can not only tell you what goes where but possibly who made it fit. He has been a motoring journalist based in Wales for three decades. 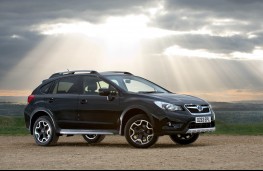 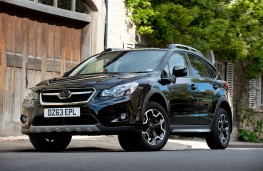 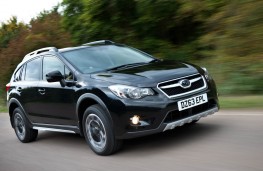 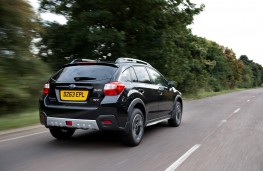 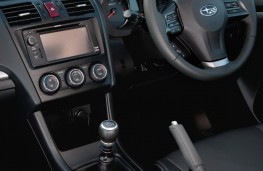 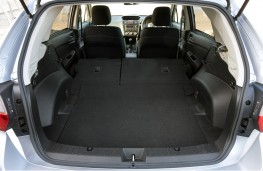 FEW car makers are as individual as Subaru.

The brand is probably best known for its ground-breaking but affordable small 4x4 estates at one end and high performance rally winning sporting saloons and hatchbacks at the other.

So an arrival in the burgeoning crossover sector had to be taken seriously and the Subaru XV really is a very good package at a sensible price and deserves to be on your list of comparisons when looking for an SUV.

The mid-sized boxer engine and the six-speed gearbox hanging off the back keep the centre of gravity low and this helps the handling in addition to the 4x4 drive.

As a horizontally opposed engine it does make a bit more noise than a conventional in-line four cylinder engine but that's not done Porsche any harm over the years and its not an unpleasant sound.

The power was a little hesitant coming through from standstill but once rolling it packed a punch, pulled well and had a good set of ratios for overtaking before settling down to a relaxed motorway speed.

The diesel engine returned a very good figure and even when pushed only dipped to the mid-40s, so it is potentially a very economical car to run.

We thought the clutch travel was a bit long and not very progressive before it took up the chosen ratio but the throttle was smooth and the footbrake highly effective with good feedback. The parking brake securely held it on our regular test slope.

Secondary controls were spread around stalks and buttons on the steering wheel, over the centre console and lower fascia with large clear instruments for the driver to see infront or on the console carrying the info-tainment system.

Temperature controls were effective throughout the big cabin and backed up by powered windows and big sunroof.

For oddments you had a lot of places to put things but some of the compartments were on the small side.

The bootspace nominally took just 380 litres, which is smaller than some rivals, but it rose to 1,250 litres with the back seat down.

Once you got going the acceleration came on strongly and in mid-range overtaking it was brisk while the grip was reassuring and stable on bends. You really need the standard reversing camera on the SE Premium as there is a big blind spot to the rear when reversing.

Visibility is not the strong point about the shape of the Subaru XV. The back window is small while the roof pillars are thick, the front wipers do a reasonable job but I thought the headlights were a bit short-sighted and lacked power.

Modest engine noise apart, the Subaru XV was generally quiet on the road with only bad bits of tarmac being heard but rarely felt because it rode smoothly.

Despite its good ride, it did not roll around bends but was quite neutral and level in handling and that's a good point. This and its permanent four wheel drive means its an ideal car for wintry roads needing a light foot on the pedal.

You ride high in the Subaru XV and I know that is welcomed by a number of drivers so you can see over many hedges and the roofs of vehicles to observe and anticipate traffic, conditions and hazards.