By Chris Russon on 2016-01-12 - The driving force behind Eurekar. Chris heads up a team of motoring correspondents under the Driving Force banner. Prior to Driving Force becoming independent in 2010 he was Chief Motoring Editor for Trinity Mirror Regional newspapers. Chris has been writing about cars for almost 40 years. 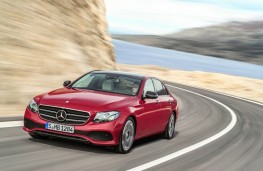 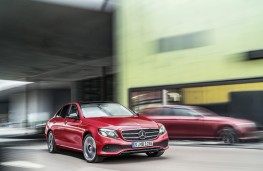 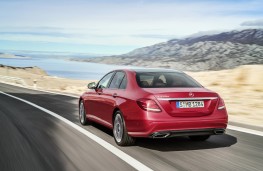 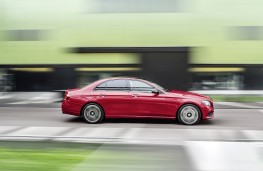 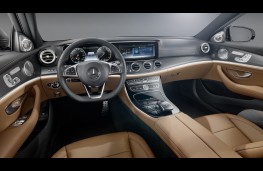 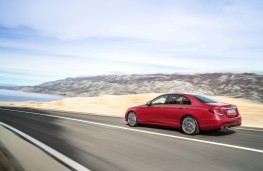 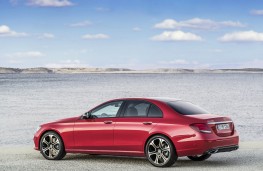 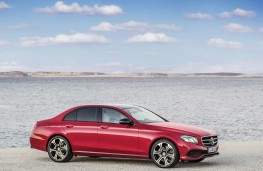 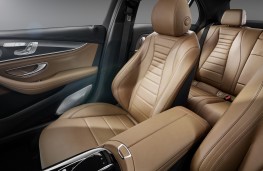 FOR many the E-Class is the car which defines Mercedes-Benz and now there's a new one on the way which is being described as the ‘most intelligent saloon in the business class'.

The 10th generation E-Class has just had its world premiere at the North American International Auto Show in Detroit and will be on sale in the UK in the spring.

Bristling with technology the new E-Class takes smartphone integration to a new level - it will even let you drive the car out of your garage via an app.

Other smart systems allow the car to change lanes automatically when overtaking on motorways and another helps the driver take evasive action in an emergency.

The so-called semi-autonomous drive technology is a corner stone of the new E-Class which is out to set a new benchmark in the executive sector.

Prices have still to be announced but the new model is expected to cost from around Â£35,000 - an increase of around three per cent.

Initially, the E-Class will be available with a new 2.0-litre diesel engine for which Mercedes is claiming an official fuel return of 72.4mpg with class leading emissions of just 102g/km.

It will be followed by a 2.0-litre petrol model rated at 47.8mpg and the line-up will eventually be extended to include a plug-in hybrid with an incredible fuel return of 134.5 to the gallon and a CO2 figure of 49g/km.

Other engines are in the pipeline and all of the first wave models will feature a nine speed automatic transmission and a suspension set up for sporty driving. Air suspension will be an option.

The new model is almost two inches longer than the outgoing E-Class and the wheelbase has been increased by around 2.5 inches.

It looks sleek and imposing and will come the option of what Mercedes calls ‘stardust' LED tail lamps with a distinctive night-time signature that mimics the effect of a jet afterburner.

Other lighting effects used on the new car include ambient interior illumination with the option of 64 colour changes while new trims include an open-pore wood finish similar to that used on yachts.

But it is on the technology front where Mercedes is really pushing out the boat and the cockpit of the E-Class will be focused on two 12.3-inch display screens.

Steering-wheel controls buttons now operate by swiping while a touchpad on the centre console can understand finger-written commands.

The latest E-Class is fitted with Mercedes' new Drive Pilot technology which takes systems such as lane departure warning, blind spot alerts and driver fatigue monitors up a level.

Under the Drive Pilot umbrella are sensors which can detect crossing traffic and pedestrians at a junction and also assist the driver to steer effectively to avoid a hazard.

Adaptive cruise control has been uprated to follow vehicles ahead and to re-engage after being stationary for 30 seconds while a new Active Lane Change Assistant will move the E-Class automatically from lane to lane if safe to do so.

Safety systems have also been enhanced and now include a device in the seat bolsters which moves occupants into a safer position if a side impact is inevitable while another new feature emits a sound impulse milliseconds before a crash to reduce the shock experienced by the noise created in an accident.

Another system making its way on to a production model is Car-to-X technology which uses compatible smartphones to give alerts of potential hazards ahead - even though they may be out of sight - such as a broken down vehicle around a corner.

"The E-Class is the core of the Mercedes-Benz brand and in the past has repeatedly redefined the standards in the business-class segment," said Prof Dr Thomas Weber who heads up the Mercedes-Benz Cars Development team. "Now it carries this tradition into the future with a wealth of top-class innovations.

"The new E-Class takes another major step towards fully autonomous driving. In addition, it enhances efficiency, safety and comfort, reduces the stress level when driving and intensifies motoring pleasure,"