By Enda Mullen on 2016-02-06 - Enda is a business reporter for the Coventry Telegraph and is also the motoring editor for the Solihull News. He covers the Midlands automotive industry and in particular Jaguar Land Rover and Aston Martin product launches. He is a renowned automotive commentator. 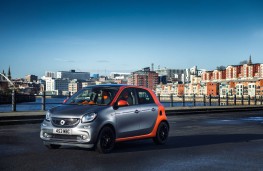 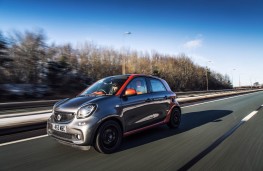 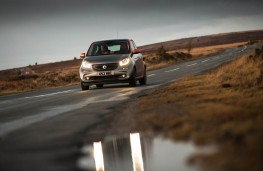 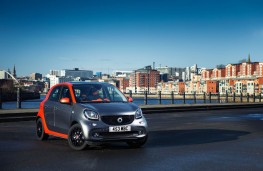 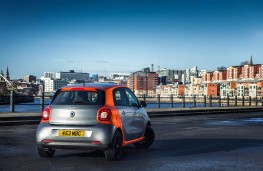 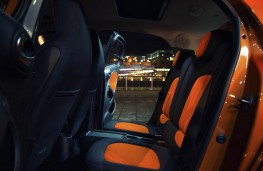 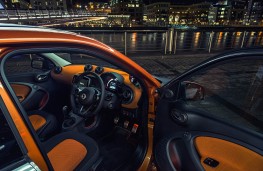 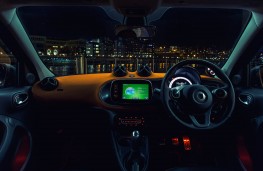 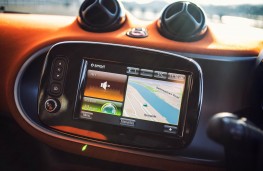 SMALL car specialist smart's previous attempt at a four-seater city runabout was based on a Mitsubishi platform and this time around the car maker has again allied itself with a partner - though this time it's Renault.

The current forfour shares much with the Renault Twingo though there's also plenty that sets them apart.

In truth the two look very different and ordinarily you wouldn't have them down as sister cars.

Once upon a time smart seemed to be a growing brand, with the established fortwo, the forfour and even a quirky roadster.

Though the roadster won fans-a-plenty it was axed during a budget cutting exercise and sadly has not returned but who knows - if the fortwo can help to grow the brand a revival may be on the cards.

Compared to its predecessor the latest forfour looks more like a purpose-built microcar. Its four wheels are pushed just about as far out to each corner as it's possible to get ensuring that it makes the maximum use of limited space.

This alone gives it an appealing look with well thought out curvy lines adding to an aesthetically pleasing profile.

While the forfour shares the Twingo's four-seat, rear-engined, rear-drive configuration it has a price tag which lifts it up into more premium small car territory - not quite up there with the equally tiny Aston Martin Cygnet but at around Â£2,000 when one compares entry-level models it's enough.

As well as an upmarket exterior the smart also has an interior that gives it added appeal to buyers. Lots of the funky accoutrements that will be familiar to anyone who's experienced the fortwo, along with trim options that certainly catch the eye.

The contrasting leather and matching trim on this model gave the car a really distinct and classy feel and also made the cabin look big and bright too.

My only worry might be it's a feature that might not age well and could start to look a little shabby and jaded over time. Once I'd managed to overcome its brightness I actually rather liked it.

The forfour comes well equipped for a small car with climate control, cruise control and alloy wheels as standard. It also comes five airbags and Crosswind Assist to aid stability.

For a small city car the smart is surprisingly spacious. As a driver one feels more than comfortable and even rear seat passengers are well catered for with a decent amount of head and leg room.

Cabin storage spaces are plentiful and well thought out but I would like to have seen slightly larger cup holders capable of holding a coffee cup.

Manoeuvrability is one of the smart's strengths and it has a super sharp turning circle (8.65m). This makes it feel really nimble and a breeze to park or do an abrupt about turn in to avoid traffic.

It drives well too, either around town or on the open road. Sure, it's a city car first and foremost and although there's a bit of small car feel on a busy motorway or dual carriageway it handles nicely and its small but turbocharged petrol engine delivers impressive performance - much better than the larger but naturally-aspirated 71bhp 1.0-litre unit available.