By Mike Torpey on 2016-02-08 - Driving Force news editor and responsible for organising our daily output. He was staff motoring editor of the Liverpool Echo for 20 years. 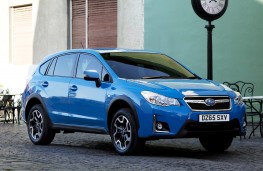 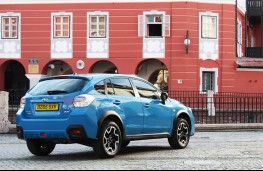 SUBARU has upgraded its XV compact crossover with a splash of extra quality - and there's no hike in price.

It means the revamped XV, which hits the streets next month, will still be up for grabs from £21,995 and with all-wheel drive as standard.

While the car boasts a higher ground clearance than most of its rivals and is also light, it now also gets suspension modifications and a quicker more direct steering rack for better handling and a smoother ride.

Changes include metallic and piano black trim plus contrast stitching and the driver's instrument binnacle has been redesigned to emit a soft blue glow.

Beneath the bonnet is a choice of two four-cylinder Boxer engines - a 2.0-litre petrol and 2.0-litre diesel plus two transmissions - six-speed manual and CVT automatic. In both cases the engines offer improved fuel economy over the existing model.

In the case of the 2.0-litre turbodiesel manual, which still produces 147PS, the Subaru can return 52.3mpg combined while CO2 emissions fall from 146 to 141g/km, placing the car in a lower BIK tax band

In spite of longer gear ratios, the car remains capable of accelerating from 0-62 mph in 9.3 seconds.

And the 150ps 2.0-litre petrol engine now has a combined average of 43.5mpg with the Lineartronic CVT transmission. Emissions fall to 151g/km.

As for styling the XV's face now features updated ‘hawk-eye' headlights and a redesigned front grille and bumper while the rear has a discreet new boot spoiler and LED combination lamps.