By Chris Russon on 2016-02-10 - The driving force behind Eurekar. Chris heads up a team of motoring correspondents under the Driving Force banner. Prior to Driving Force becoming independent in 2010 he was Chief Motoring Editor for Trinity Mirror Regional newspapers. Chris has been writing about cars for almost 40 years. 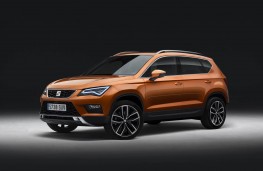 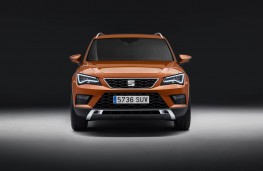 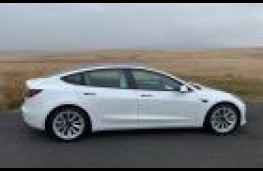 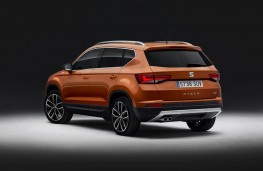 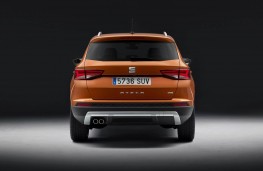 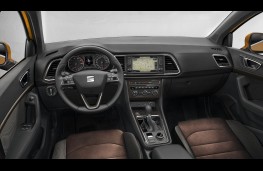 SPANISH car maker SEAT has taken the wraps off its first SUV just weeks before it makes its public debut at this year's Geneva Motor Show.

The Ateca is based on the Leon hatchback but four inches longer measuring 14ft 4ins tip to toe.

It's due to arrive in Britain in September after its Geneva premiere in March.

Available in two and four-wheel-drive specifications, boot space ranges from 510 to 485 litres - generous compared to other mid-market SUVs such as the Nissan Qashqai

In keeping with SEAT's tradition of naming its cars after Spanish places, Ateca is a village to the west of Zaragoza - not far from the company's factory and headquarters in Barcelona.

All versions of the Ateca will be turbocharged with a range of petrol and diesel engines developing from 115 to 190ps.

Official fuel figures run from 56 to 66mpg for the diesels and 46 to 53mpg for the petrol models which include an entry-level 1.0-litre TSI engine and a 1.4-litre with a coasting function to boost economy. Emissions range from 112 to 131g/km.

SEAT is still to release prices and full specifications for the Ateca in the UK but it is expected to cost from around £17,000 and will come with some high-tech features including the ability to drive itself in heavy traffic and the option of LED headlights.

Speaking at the reveal of the new model in Barcelona, SEAT president Luca de Meo said: "Our first SUV marks the start of a new era for SEAT. The Ateca is a clear development of the Leon DNA and will drive forward the success of the range."

SEAT, which is part of the Volkswagen Group, only has one other all-wheel-drive model in its current line-up, the Leon X-PERIENCE estate which was launched last year, but has already hinted others are in the pipeline. 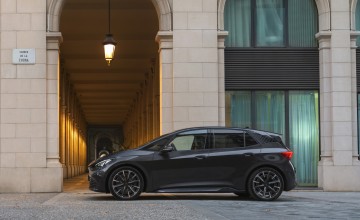 SPANISH performance brand Cupra has announced pricing for its first...