By Chris Russon on 2016-02-11 - The driving force behind Eurekar. Chris heads up a team of motoring correspondents under the Driving Force banner. Prior to Driving Force becoming independent in 2010 he was Chief Motoring Editor for Trinity Mirror Regional newspapers. Chris has been writing about cars for almost 40 years. 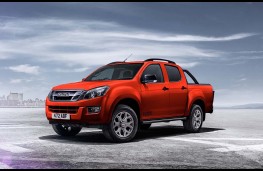 A LIMITED edition of the Isuzu D-Max pick-up truck is being released in a special red paint job to mark the Japanese brand's centenary.

The Venetian Red finish will be restricted to just 100 versions of the D-Max Blade model priced from Â£25,249. The colour scheme reflects Isuzu's trademark shade which it has used throughout its history.

Powered by a 2.5-litre diesel engine which can pull more than three tonnes, the Blade is Izuzu's flagship pick-up and features leather seats, 18-inch alloys as well as colour-coded load bed covers and canopies.

Isuzu claims the 163ps engine is good for an official fuel return of 38.7mpg and the pick-up helped the company notch up record sales in Britain last year with 6,220 models sold.

Isuzu is the longest-running car producer in Japan and first set out to produce vehicles in Tokyo back in 1916 going on to gain the rights to build Wolseley cars for the eastern Asian market in the 1920s. 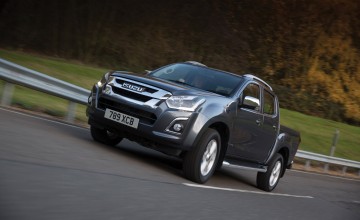 NICHE is nice. The specialist vehicle market is where the money is to be made...

Pick up another special from Isuzu

ISUZU bill themselves as the pick-up professionals, but they're fast becoming...

ONCE upon a time you could buy a range of Isuzu vehicles in the UK but the...